Please use this forum is for Virgin Atlantic trip reports. There is a subforum for other airline reports.
Search
Reply
Like 3 Having recently made a trip to the US to see family, I thought I'd take the opportunity (the honour, even?) of writing up the first trip report of 2021.

We used DTCI and had the usual back-and-forth between the taxi driver and Virgin staff; didn't it used to be simpler with number-plate recognition, etc.? Anyway, we made it through the barrier and were met by a friendly member of staff and a porter. Whenever I've flown before there's been a few people behind the desk and several porters, but this time it was just one of each. Still, with nobody in front of us it made no difference. Papers were checked, bags were taken, passes were printed. The private security lane wasn't operating, so we exited through a door in to the terminal and continued to the normal security lanes. T3 wasn't completely dead, but certainly quiet for the end of August. Still, this meant we were through security in 5 mins.

Having dragged my wife away from the duty free (I'm one of those terrible people who has to hurry, hurry, hurry... in order to sit in the lounge for 2 1/2 hours), we made it to the Clubhouse. Usual cheery welcome and explanation of the ordering system. You could sit in the restaurant and get normal table service, or sit elsewhere and use the QR code to order. We opted for the latter and had no problems. Unsurprisingly the Clubhouse was also very empty, but somehow it managed to maintain the normal fun atmosphere. The hairdresser (now a row of Pelotons) and spa (empty space, for now) were the only things obviously missing. 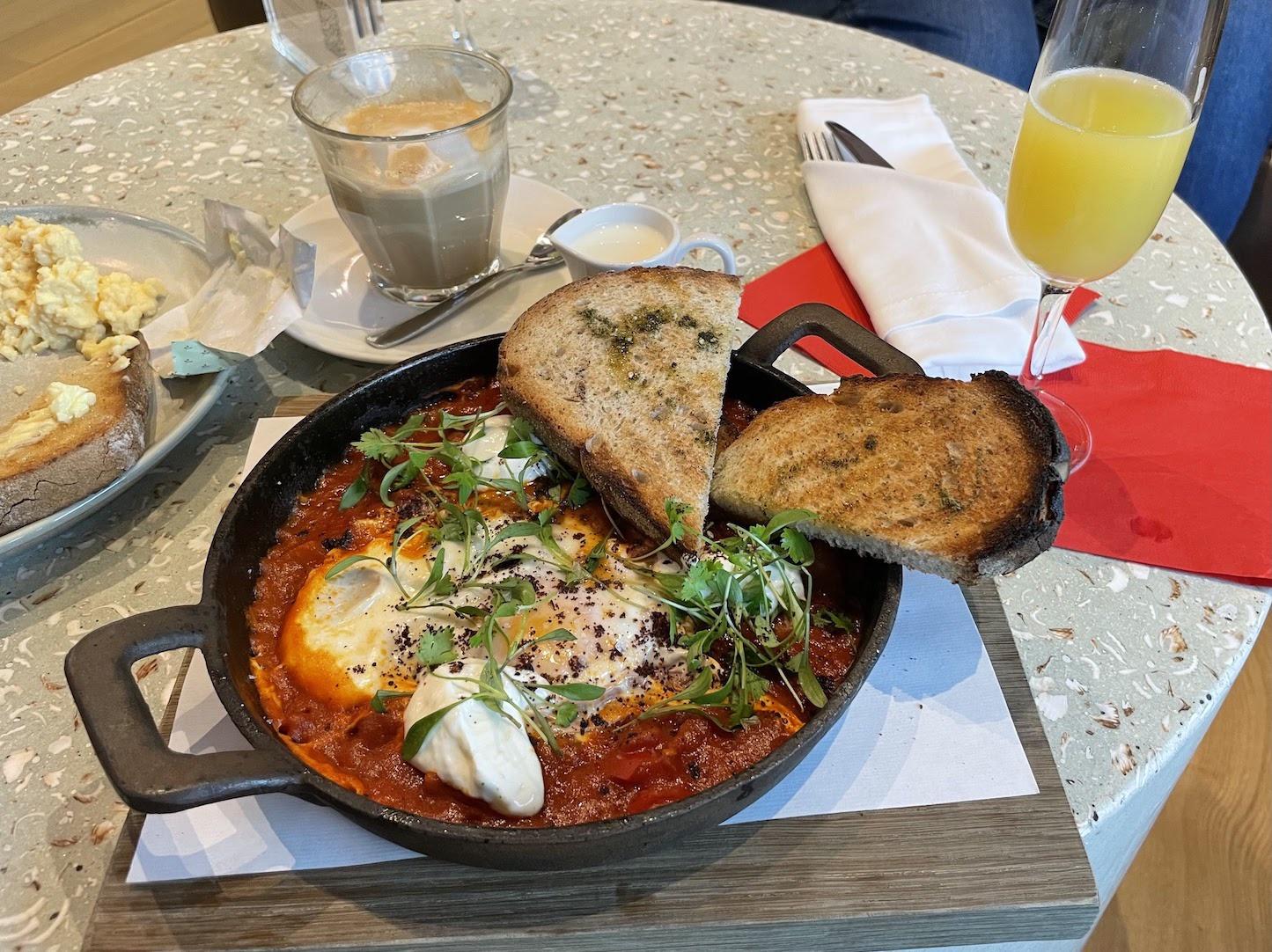 When boarding was well underway, we left for the gate and arrived to find a very short queue for the priority line. On the jet bridge we were handed a hygiene pack containing wipes, hand gel and a spare mask. Waiting at the seat was a menu and new amenity kit. To be honest, the kit's bag feels very cheap compared to the previous - basically like paper - but I appreciate the eco-saving benefit. I'm sure most people just bin the bags anyway, so it does make sense. The contents were the same as ever, although now with a decent full-size bamboo toothbrush. 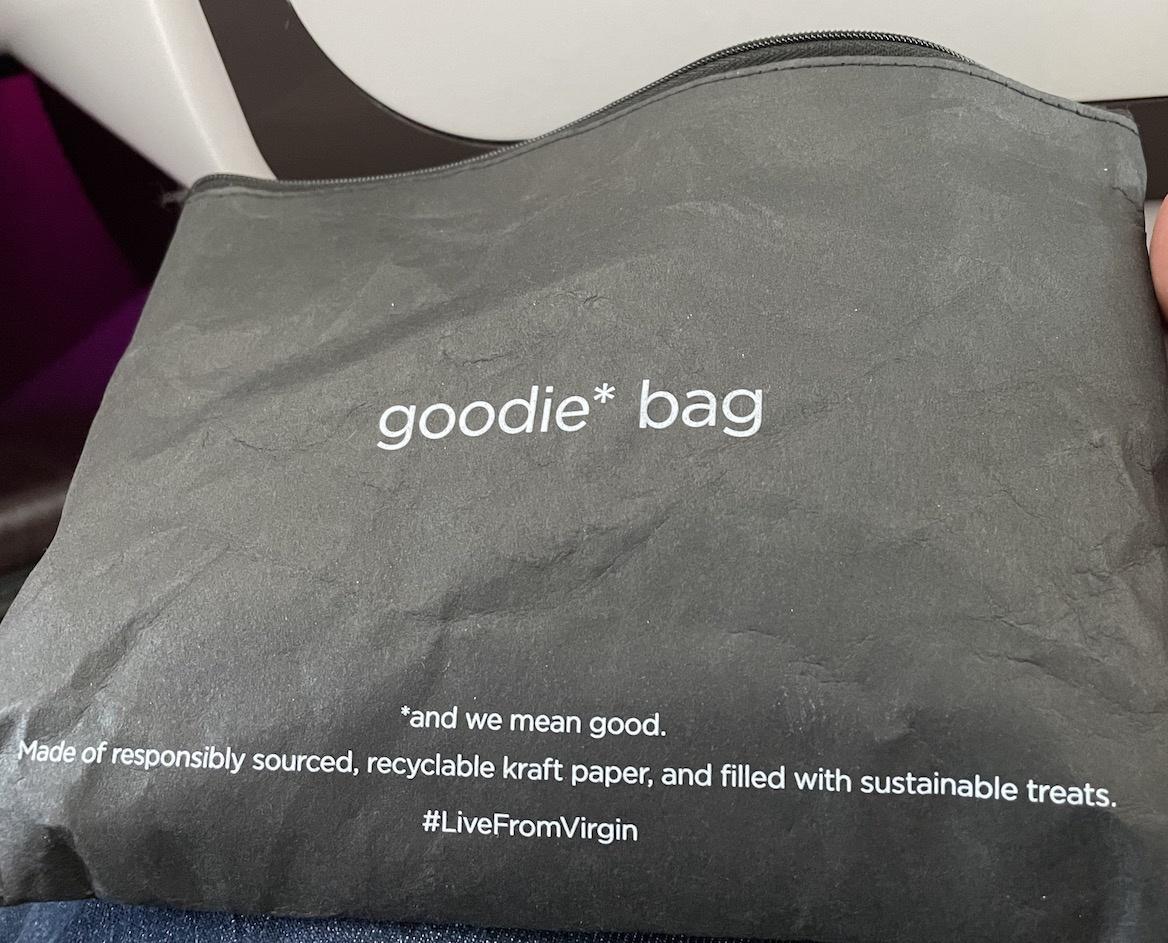 This was my first time on a Virgin A350, so I was excited to see the new suite. First impressions are good, it looks large and modern. There's lots of adjustments to get comfortable, the TV is a really good size and the middle seats are better for sitting as a couple (although you're still angled away from each other and have to lean forward to talk). The only thing I found lacking was the storage, not as many useful cubbies for storing water, headphones, etc. as on the 787. We sat in the "The Loft" with a drink, which was nice enough but I definitely prefer the bar. Chatting to cabin crew, they felt the same way, and thought it was a shame to lose something which separates Virgin from others. One addition I loved was the tailcam, as did my sister who found it helped calm her fear of flying. 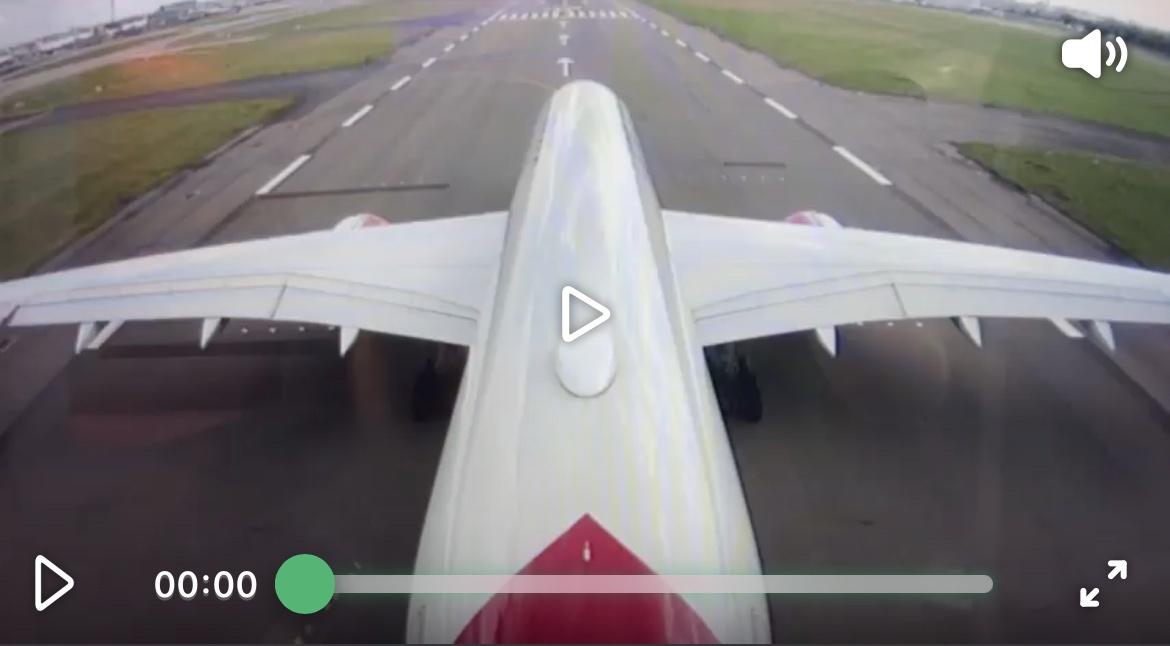 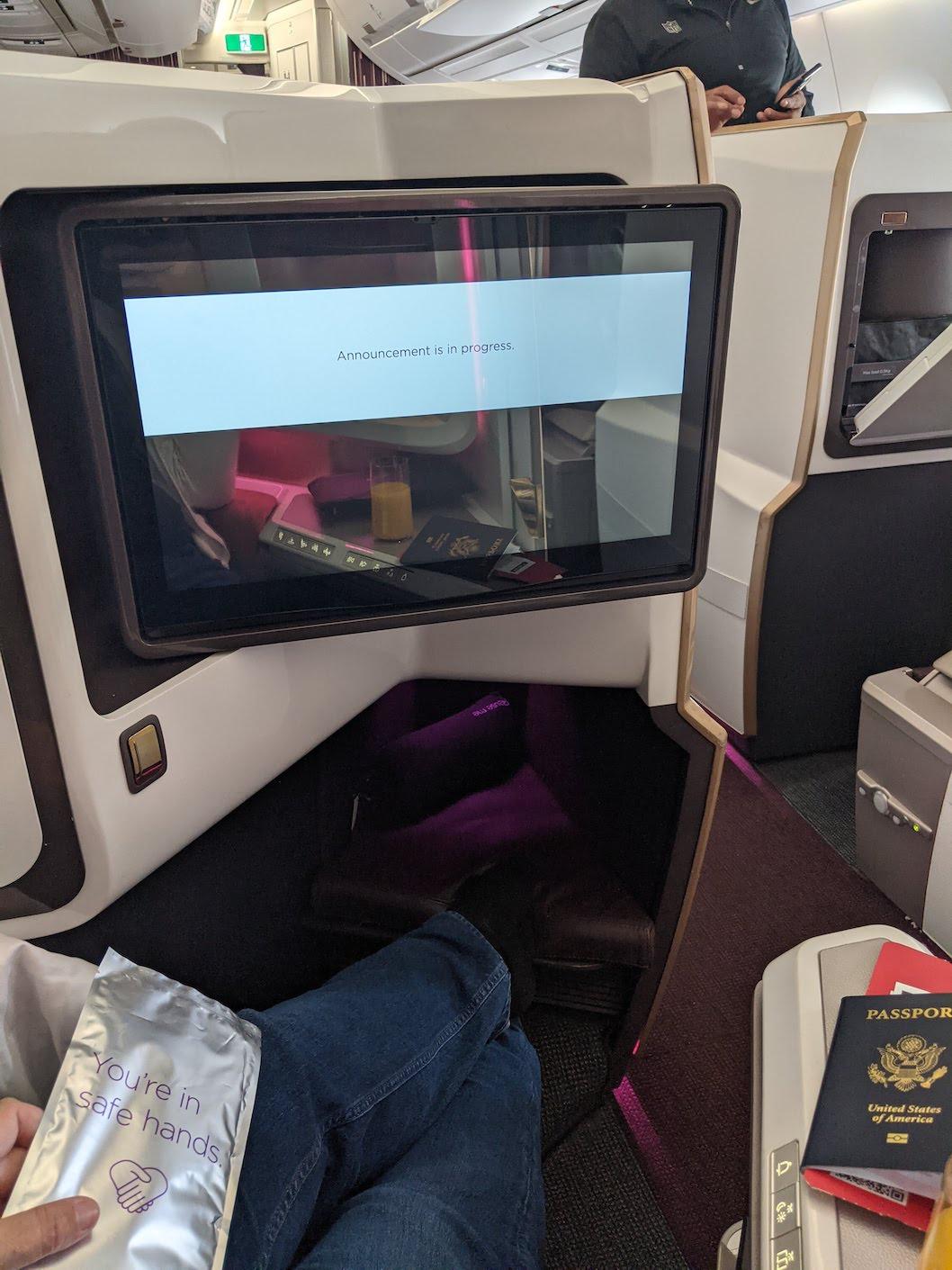 Meal service was mostly the same as normal, although the meal was brought out all together on a tray from a trolley, and there was no table setting. Understandable, given they're trying to minimise contact. Still, the food was plated up properly which apparently is something they've only recently resumed; prior to that it was being served in the metal containers. Service was excellent as usual with plenty of top-ups. I chose the cod and found it pretty good. An afternoon tea was served later in the flight, which was delicious. 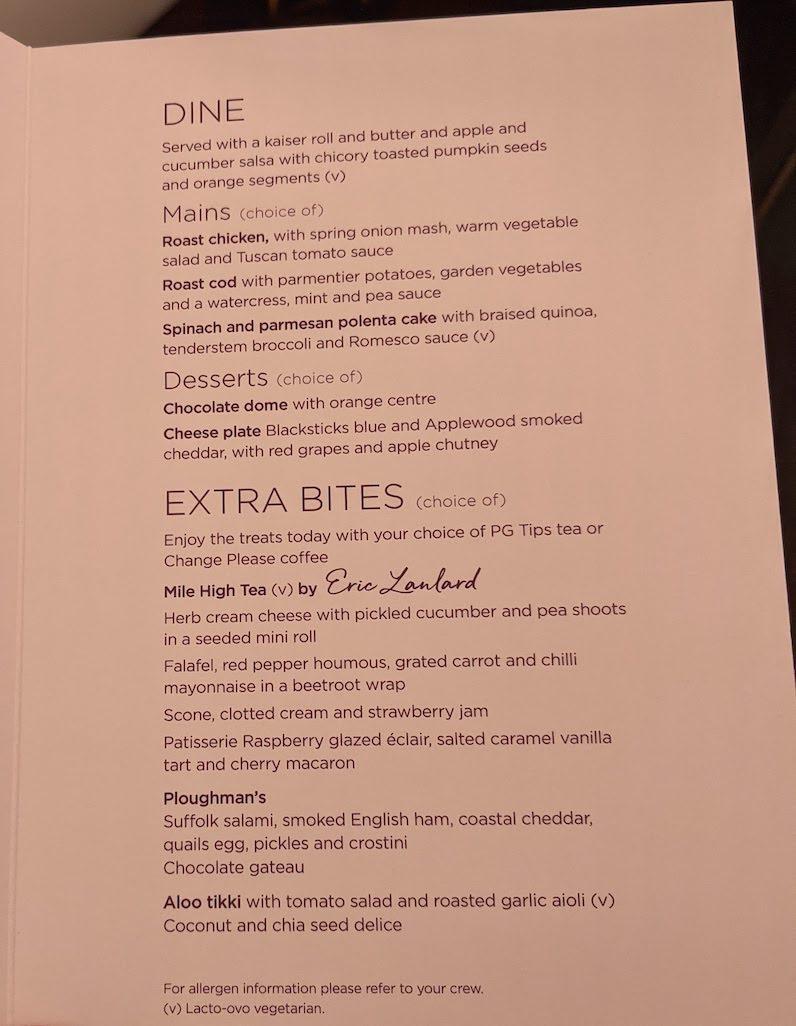 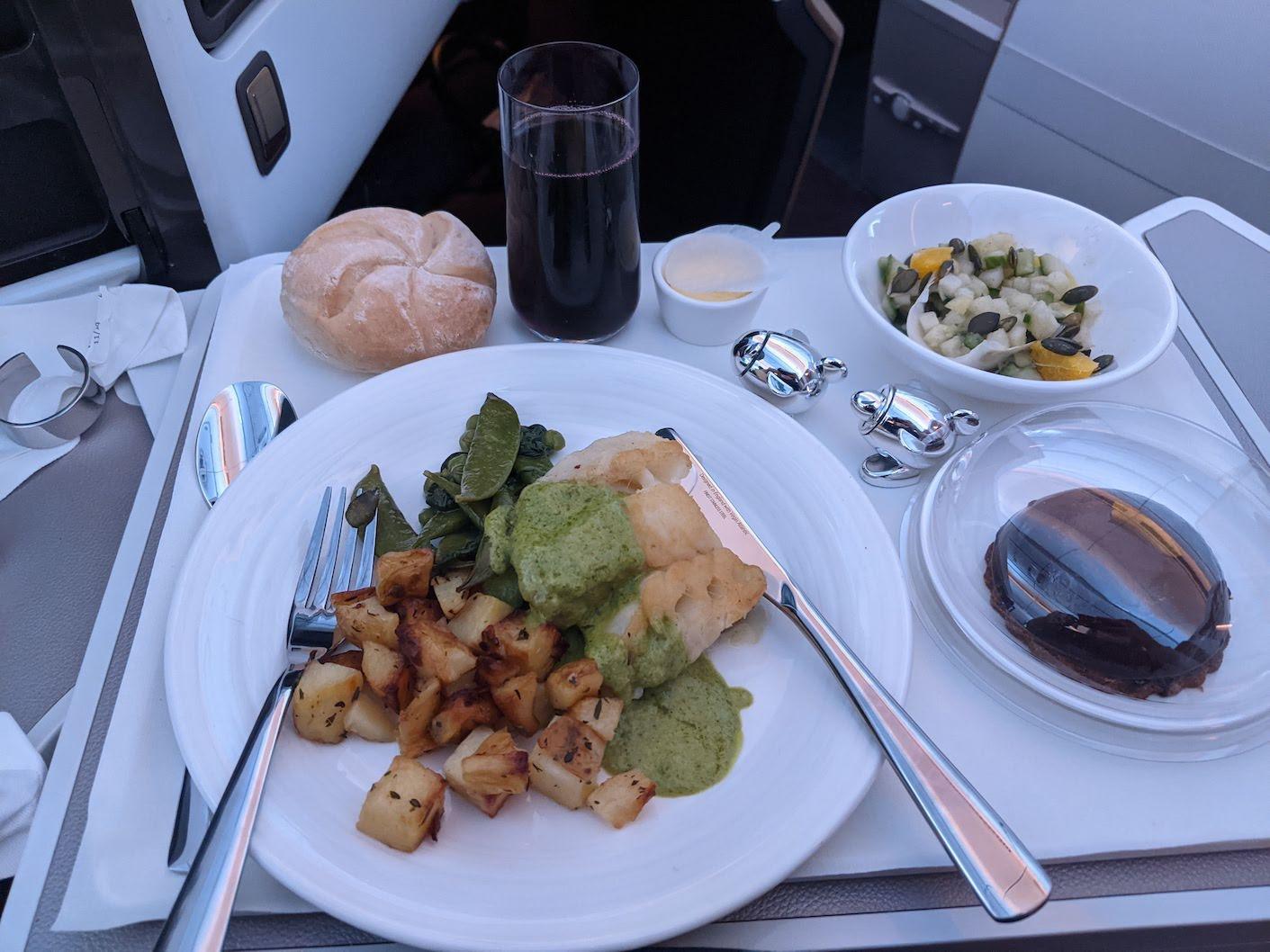 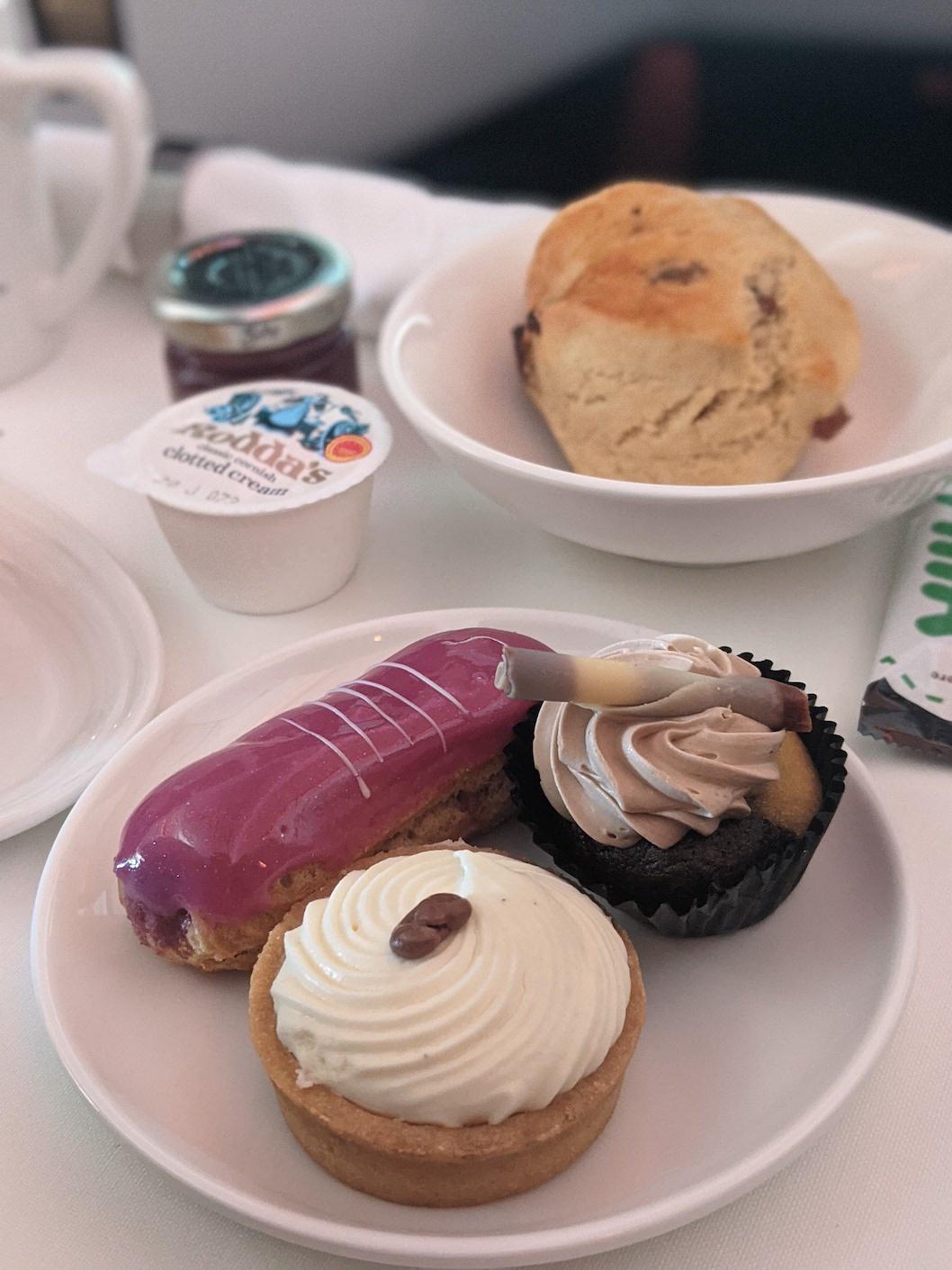 The arrival into JFK was very quick, I suspect traffic levels are still fairly low even in America, and we were soon through immigration and heading to Avis. 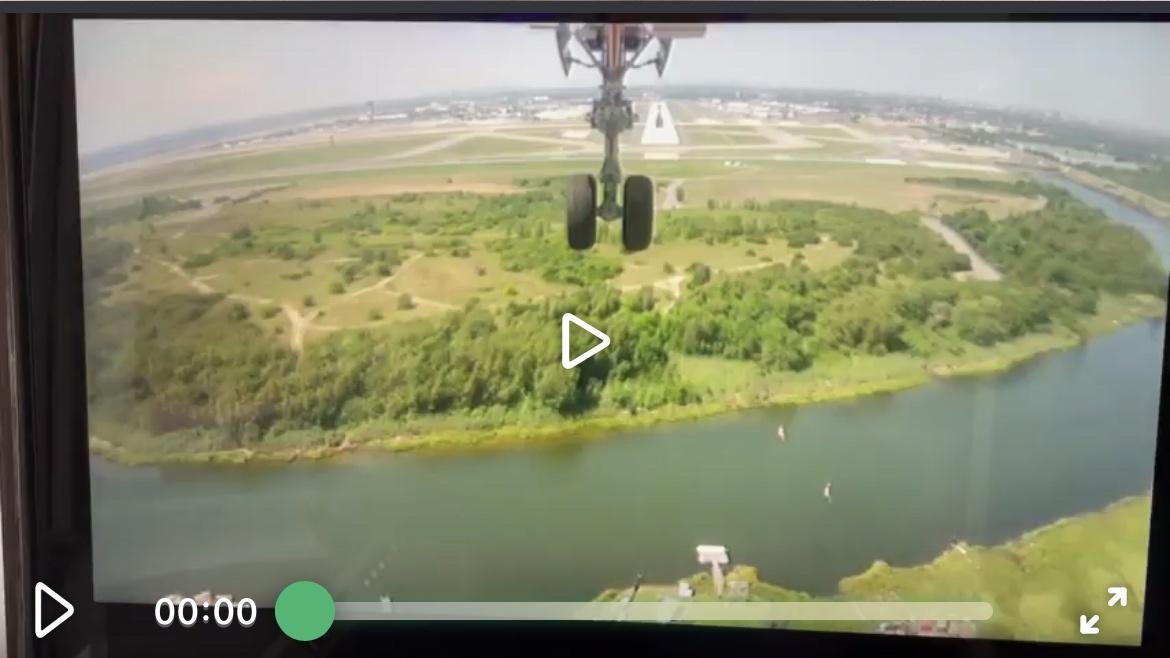 Although there were still a fair few reminders of the pandemic (masks on though the whole flight, and the reduced meal service), it really did feel like a normal Upper Class flight. I'm already looking forward to the next one!
Last edited by cjrp on 31 Aug 2021, 19:27, edited 4 times in total.
Chris

I think I can live with most of the pandemic accommodations, but the absence of beef, both in the Clubhouse and on board will do little to attract US customers away from their home carriers.

#961878 by AlsirAl
02 Sep 2021, 21:16
Great TR! Used to love starting my day with a coffee and read of Hfp and then the anticipation of seeing if any one had posted a TR on here. I prey this is a sign for things to come and encourage any one travelling to share their experiences =)

buns wrote:I think I can live with most of the pandemic accommodations, but the absence of beef, both in the Clubhouse and on board will do little to attract US customers away from their home carriers.

Agreed, I think beef does quite well on aeroplanes too; chicken is usually a bit dry, and fish a bit bland!
Chris

Users browsing this forum: No registered users and 5 guests