This trip was originally booked for May 2020, and after being rescheduled 3 times, I finally got to fly to Vegas in March 2022.

This was a trip of firsts for me, so it's a long one:

It started with a late easyJet flight from IOM-LGW and a night in the Premier Inn. I'd booked a private chauffeur (with Virgin Points) to pick us up in the morning and take us to the Private Wing at LHR, which arrived on time and we were only stuck in a few minutes of rush-hour traffic on the M25. There was a queue to enter the driveway up to the wing, apparently they were having issues with the barrier.

Once we arrived at the wing, it was slightly busy but were seen to by a check-in agent after a few minutes. Luckily I'd submitted vaccine/test certificates through FlyReady so that saved a bit of time. The agent was a bit confused when it came to my ticket, as it seemed my reward booking/eTicket hadn't been properly transferred over by the customer service team when I rebooked using the webform. It required a walk downstairs to the customer service desk to sort out, during which I chatted to the agent (who was very friendly) - she said they were definitely stretched thin whilst they wait for more staff to be fully trained up. I walked past Judge Rinder who was on his way to Poland to help collect Ukrainian orphans. We then went to the private security lane but there was a longer queue than I was expecting (which I guess is reflective of the airport security situation across the country) and got through after about 20 minutes.

Straight up to the lounge which was abuzz, and found an empty booth over the far end. I walked past singer Jess Glynne on my way through (shouldn't she be flying Jet2?), who was trying to look unrecognisable in an all-black tracksuit which actually made her stand out more. I ordered using the QR code on the table and enjoyed some breakfast and champagne, and took a look at the outside balcony upstairs - absolutely loved the view and smell of jet fuel in the air. I didn't venture up to the deli bar but wish I did as there were some tasty looking pastries on offer. 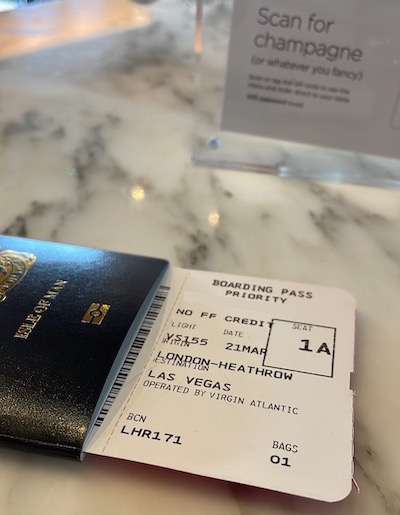 We left after about an hour and a half, just after boarding was due to start. There was no queue for priority boarding so we were straight onboard G-VWOO Leading Lady and I quickly found my way to seat 1A with champagne in hand. I was very happy with my seat choice, it felt so private and detached from the rest of the cabin. The FSM came round to chat to everyone which was nice, and the UC cabin was completely full along with most of premium & economy. We were slightly late taking off but caught up to be on time for arrival. The crew made an announcement about keeping your mask on at all times apart from eating/drinking, however this wasn't enforced at all in the UC cabin and most passengers didn't wear one for the whole flight. I guess you could justify this as you're pretty much constantly eating/drinking in UC

The crew however did keep theirs on throughout.

The IFE worked great, it was much faster and responsive than the A333/747 - I managed to watch West Side Story and Dune. Wi-Fi wasn't too bad, I did try a facetime audio call as I'd been able to do so on a previous flight, but the connection wasn't strong enough. My boingo account kept making me log in every 5 minutes which was annoying.

Menu orders were taken straight after takeoff and I was still full from breakfast, so I decided to skip the starter and chose the chicken kyiv for a main, which I regretted as the chicken was very tough - wish I'd gone for the cauliflower pie instead. Dessert was a dark chocolate mousse cake, which was delicious.
Later in the flight they randomly came around with cheese and onion toasties and ice lollies (which weren't on the menu), not sure if these were left over from the other cabins?

About 3/4 into the flight, the crew had dim-locked the windows and must have gone on their break. Multiple call bells around the cabin went ignored for an hour or so - you do have to cut them some slack as I've read that they're down to 9 crew rather than the normal 10. They were definitely working hard at other points of the flight. I didn't use the bar as it was constantly occupied by others but I'm not sure if staff were actually serving those sat there. 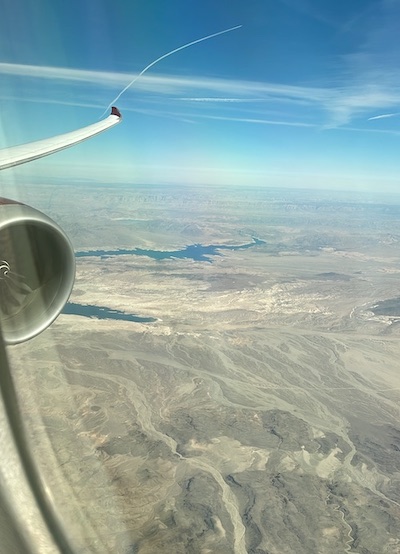 About 2 hours before landing, the crew came and took orders for the second meal and whilst I'm a fan of afternoon tea, the selection sandwiches weren't to my liking, so I chose the buttermilk chicken burger - thankfully it was a lot better than the kyiv. I asked for a latte to go with this, but apparently the machine was being temperamental so only regular coffee was available. I wish I went for a tea to be honest as it wasn't great.

We landed 10 minutes ahead of schedule and were off quickly, greeted by an empty immigration hall. Baggage took a little while, but soon enough we were on our way to the Las Vegas strip! 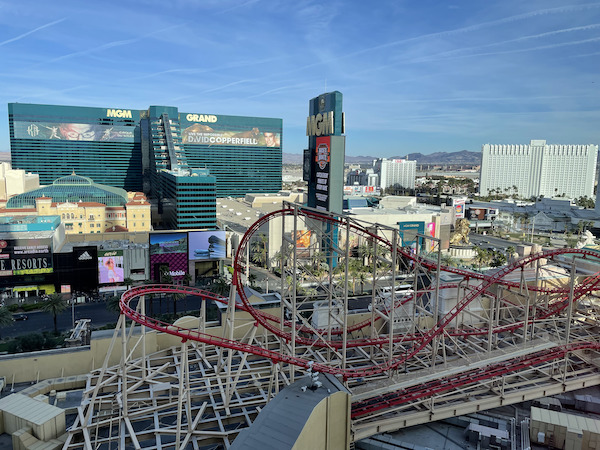 Overall it was a good flight, however I do feel it didn't quite live up to previous experiences pre-covid. Firstly, congratulations on the cel3b spotting at Heathrow and all of this being on points too

Secondly, so good to see you had such an engaging FSM as this can make all the difference on the in flight experience. In your case, the commitment of the crew despite being short (something all too common in the industry right now)

Thanks for the tip about the wifi connection btw

#964496 by Murraymint
12 Apr 2022, 08:19
Thank you for your excellent TR. It is heartening to hear that the experience on board was good and that your LHR experience, whilst not perfect, was not too bad compared to others recently. The clubhouse sounds like an enjoyable experience again and I can’t wait to get back later this year.
Cheers
Allan

lorelai wrote:Thank you for a great report, glad you enjoyed it, albeit not as much as prior to Covid.

Haha, none taken. I'm definitely not the type to have a long, loud conversation on public transport but at the time I tried the cabin was quite lively in general, and the engine noise tends to prevent you from other conversations.

#964502 by Traveller2
12 Apr 2022, 19:07
I find it worrying that the cabin crew didn't make sure Upper Class passengers kept their masks on when not eating or drinking. It's obviously meant to happen and you can bet your life it was enforced in the rest of the plane. At least the crew had theirs on.

lorelai wrote:Thank you for a great report, glad you enjoyed it, albeit not as much as prior to Covid.

Haha, none taken. I'm definitely not the type to have a long, loud conversation on public transport but at the time I tried the cabin was quite lively in general, and the engine noise tends to prevent you from other conversations.

Haha good, I had forgotten I wrote that comment and then got worried I hadn't checked back to see if I'd been seen as rude!

I hadn't thought about the engine and general cabin noise, I imagine unless you really are being obnoxious that it probably is much harder to hear someone using their phone than say on a train (unless it's a Sunday on the East Midlands London to Sheffield journey, in which case the good trains are having a rest and you're on rickety old things that are so ridiculously loud!)

#964779 by Louie84x
08 May 2022, 16:45
Due to fly this route 21st May so very helpful, thanks! Can I ask did they do a bedtime routine/set up beds at all? I was wondering how they ran it with landing in Vegas late afternoon, and you’ve answered my food questions so thanks for that!