Mainly posting this as a report on Upper Class in the re-fitted A330-200 aircraft. The meals/cabin crew etc. were all up to usual standards without issue, albeit most of the crew had never flown/worked this re-fitted 330 before.

Our flight back was @ 19:25 and after an enjoyable couple of hours in the lounge we headed down 1 hour before departure for boarding and onto the aircraft.

First visual impressions were favourable, the UC cabin looked fresh and the seats looked promising, alas it wasn't quite the same once in them.

If you are flying one of these configurations all I can say is avoid ALL of the seats which are to the aisle, either take the inner 'paired' seats with a friend or one of the 'inside' window seats.

The right hand armrest on my seat 4C (And all other aisle side seats) facing the aisle is incredibly narrow on the aisle side and you are inevitably sat with an arm in the aisle and all the joy of being bumped and pushed as everyone moves up and down the cabin. Add it this the fact that the seats have no lower foot/calf rest so you are left with the option of placing your feet onto the footstool and then your left leg/knee is invariably leaning awkwardly against the bottom of the table support, a hard lump of aluminium. Not comfortable.

The seats seem to have a fair range of adjustment albeit the lumbar on mine did nothing whatsoever so you can find a reasonable recline or upright position but the narrow footstool means as a bed there's every likelihood of your feet ending up in the aisle itself with all the fun that can then bring. It should be noted though that unless the seat is very upright you can't place your feet on the floor and that can be a little uncomfortable (I am 5'11" so was surprised to end up swinging my legs like a toddler at times) this compounds the issue noted above where you almost have to put up your feet on the stool and bang into the table support.

Storage and cubby holes abound so no complaints there, with power and USB readily available under the armrest and also to the left at floor level. The entertainment screens are fixed and are very large and clear, controlled by touch or by the armrest controller which pops out. The controller itself is very small and can be awkward to see the rear buttons in low light as they are not highlighted, the front lights up though and is simple enough to operate with the little square touch sensitive track pad and click operation.

The table hinges down and swings into position and is a very good size, you can swing it forward somewhat and effect exit of your seat while it's down so long as you breath in a bit! It's a shame it is too large to actually just pivot down from the stowed position and allow you to have a side table but that's not really a problem as the side storage are is quite big in itself.

If anybody has any specific questions please ask/post I'll try and help, I've included a number of photos so you can get an idea of the layout/seat hopefully but above all if flying this aircraft AVOID those aisle facing seats! Others in my family had the window side seats and in those you have improved arm/shoulder space and foot space for sleeping without fear of being knocked every time somebody passes by.

Fire away with any questions! 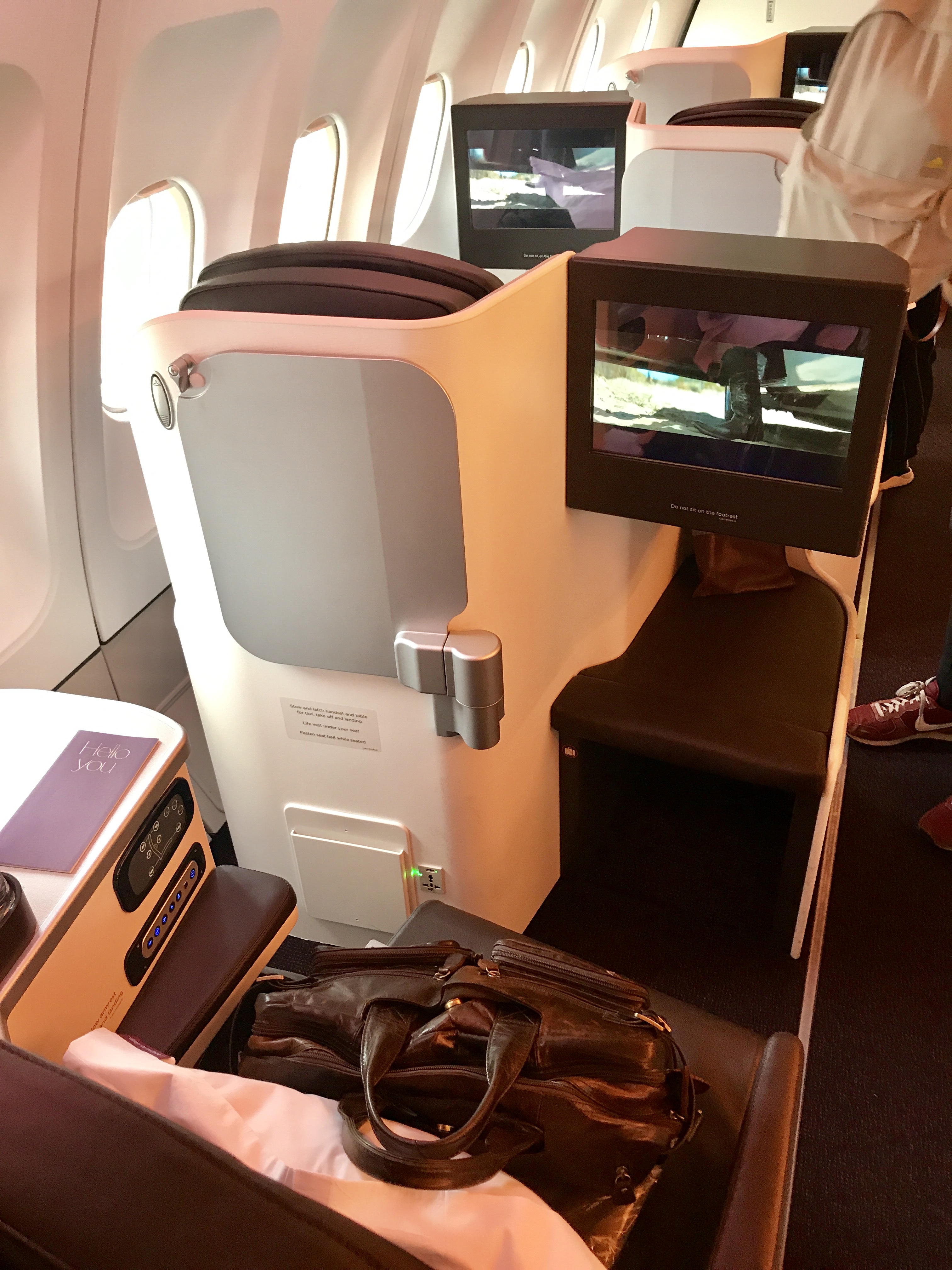 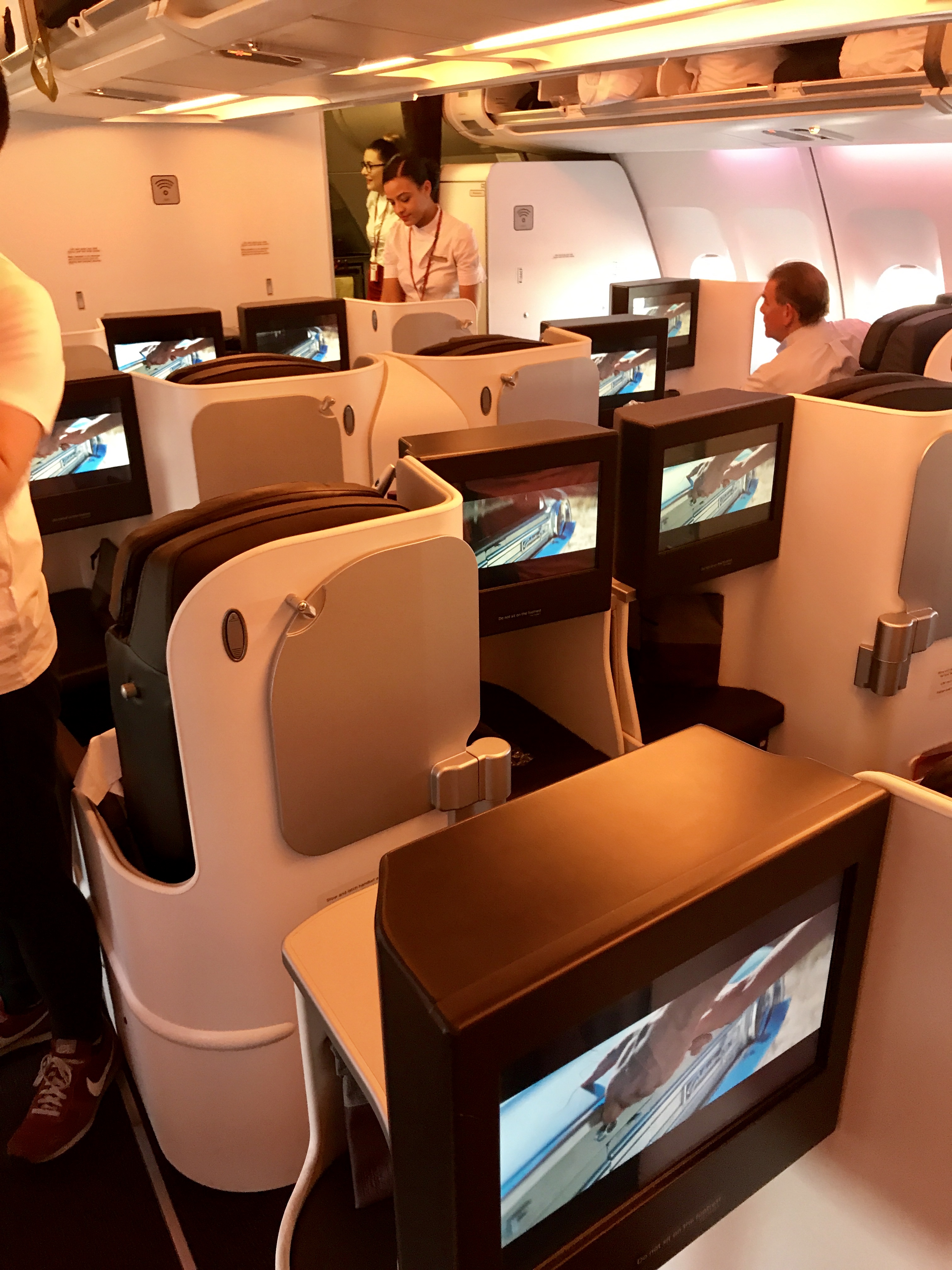 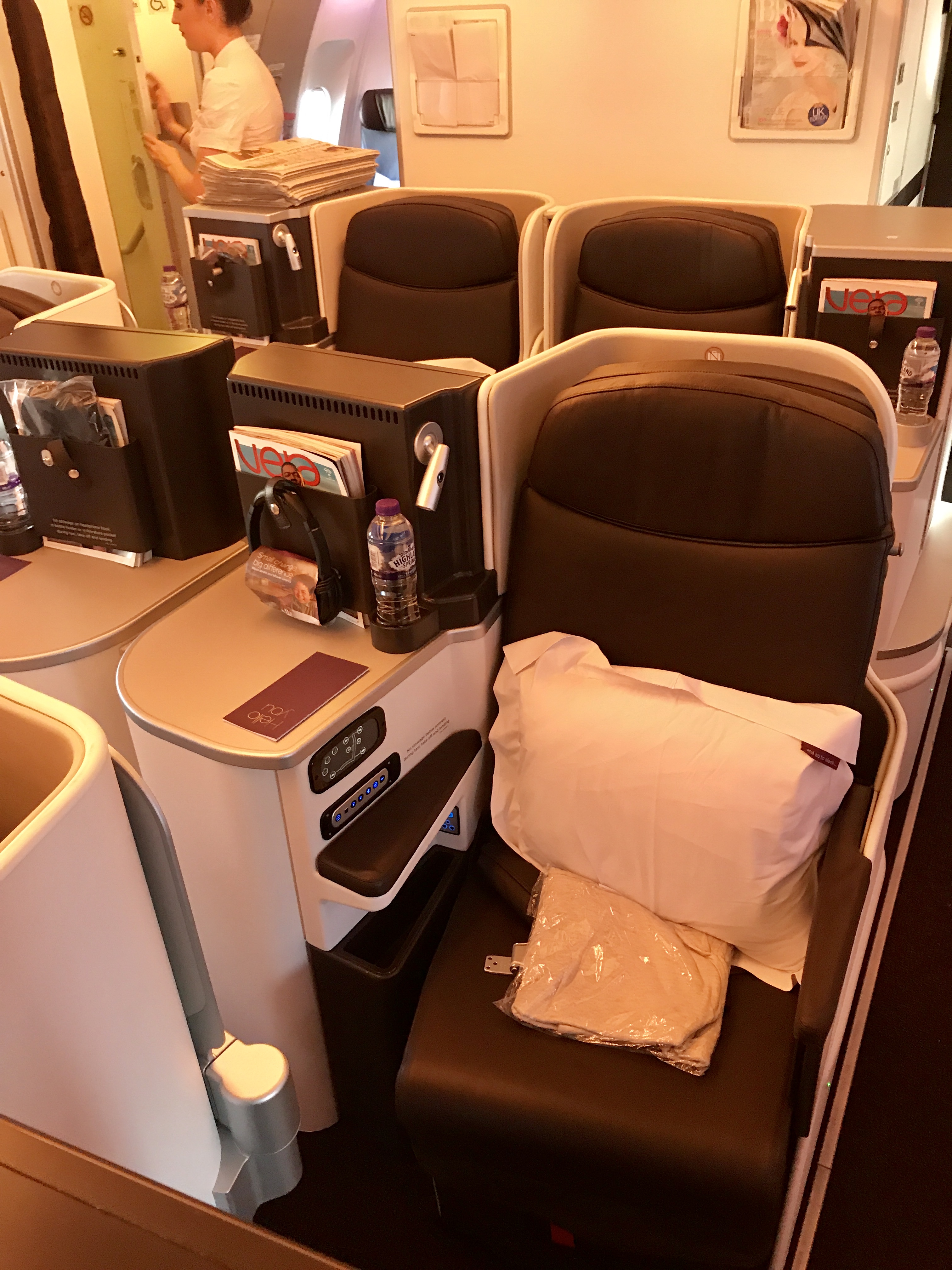 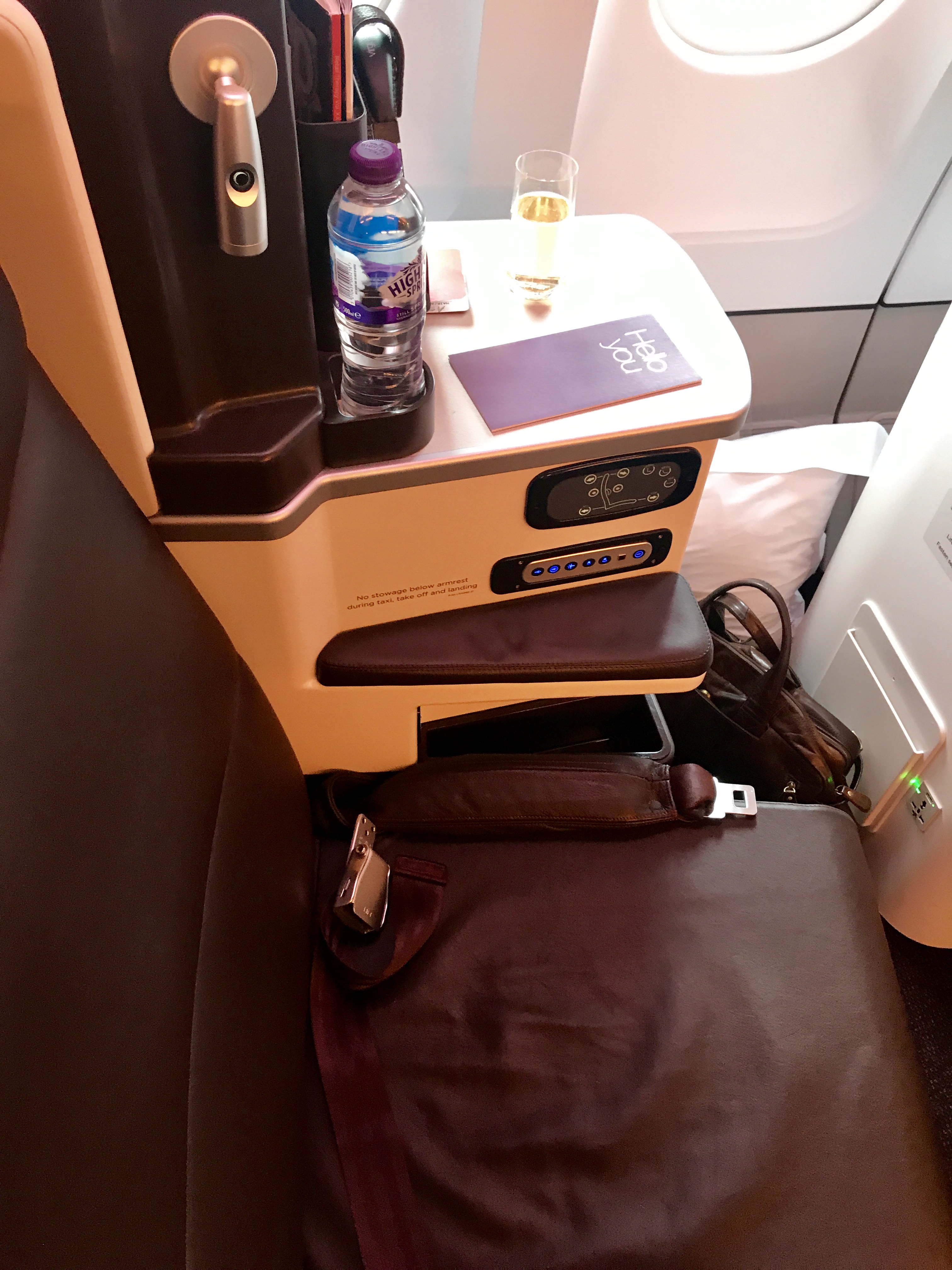 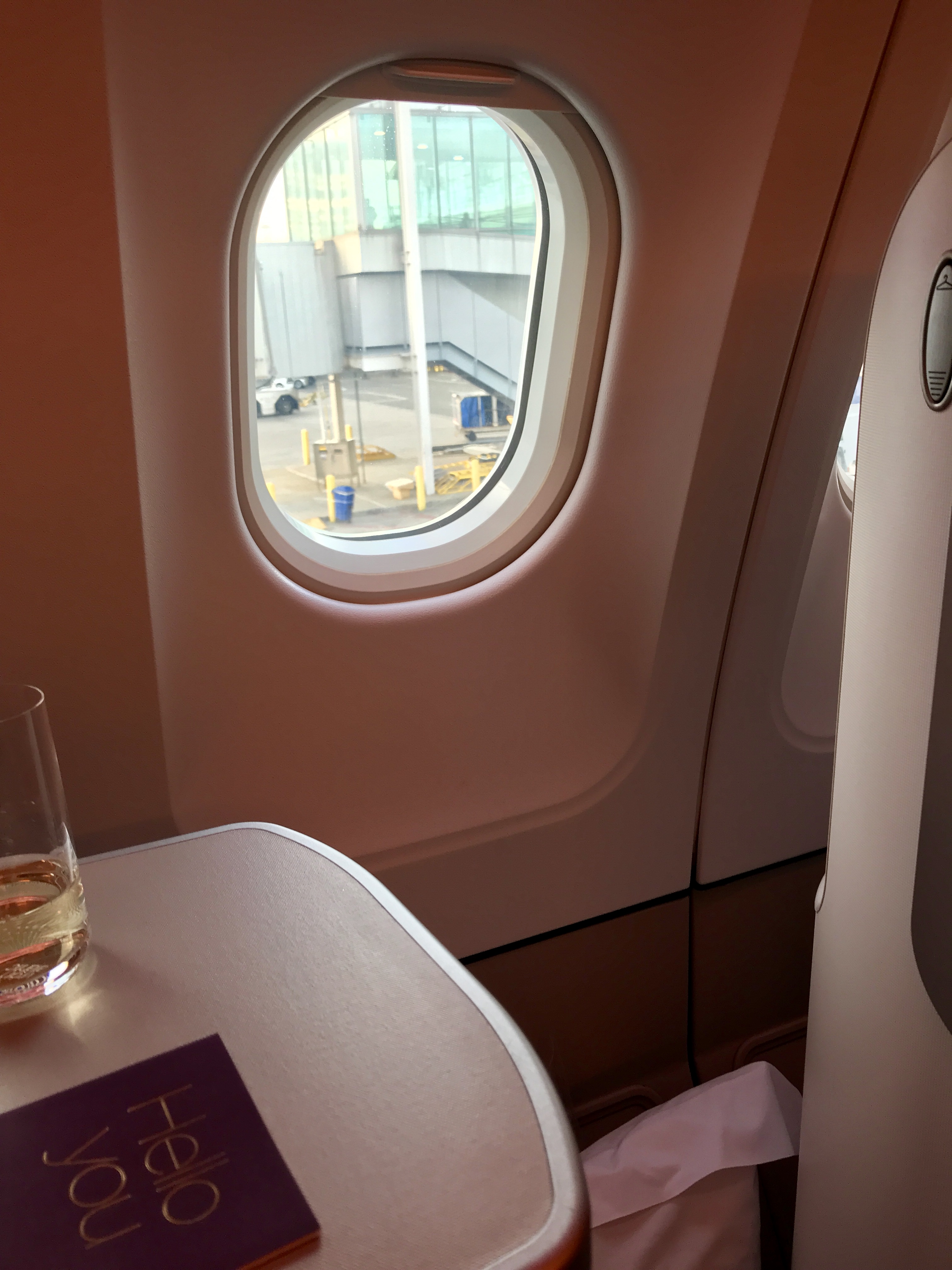 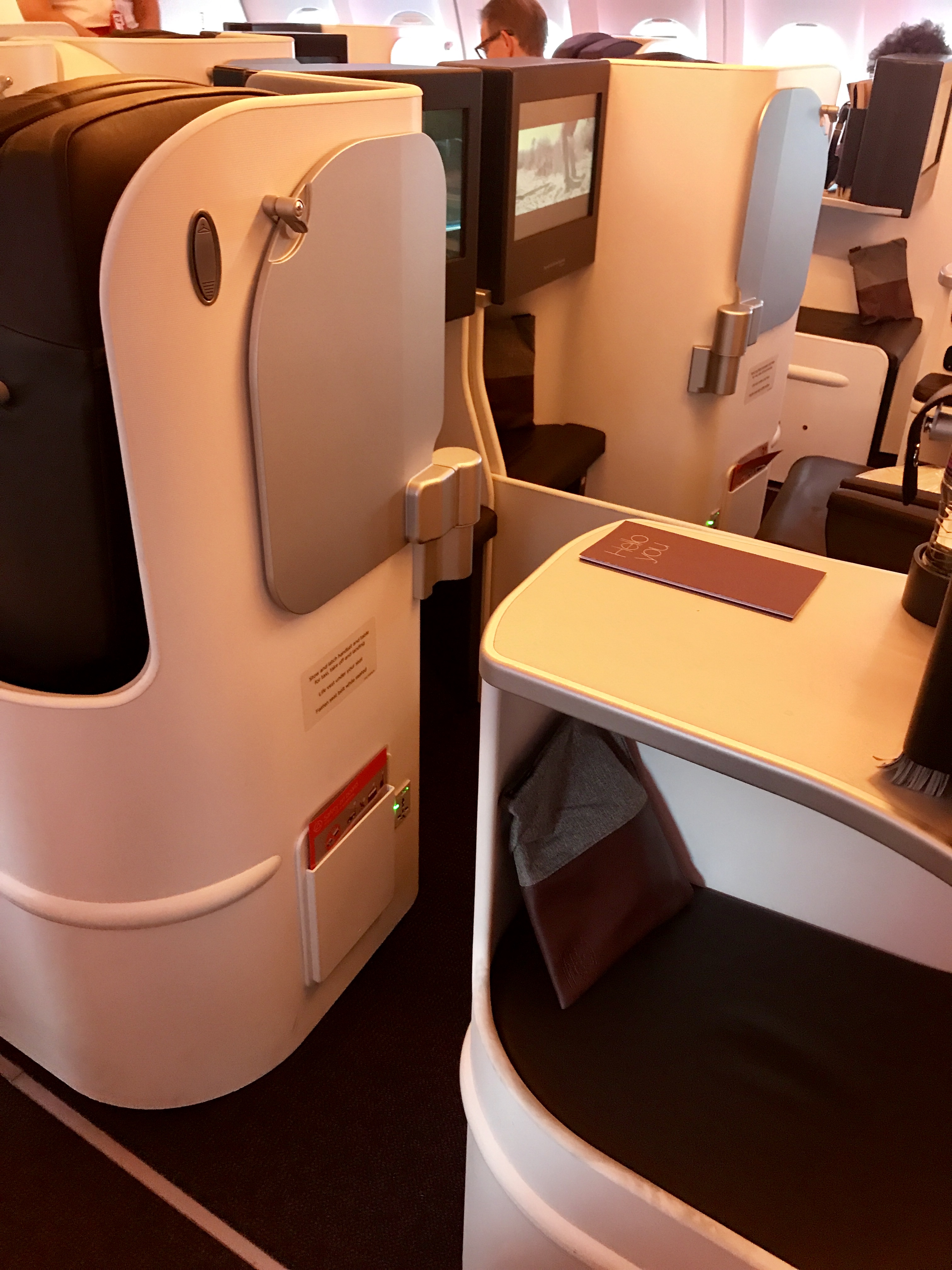 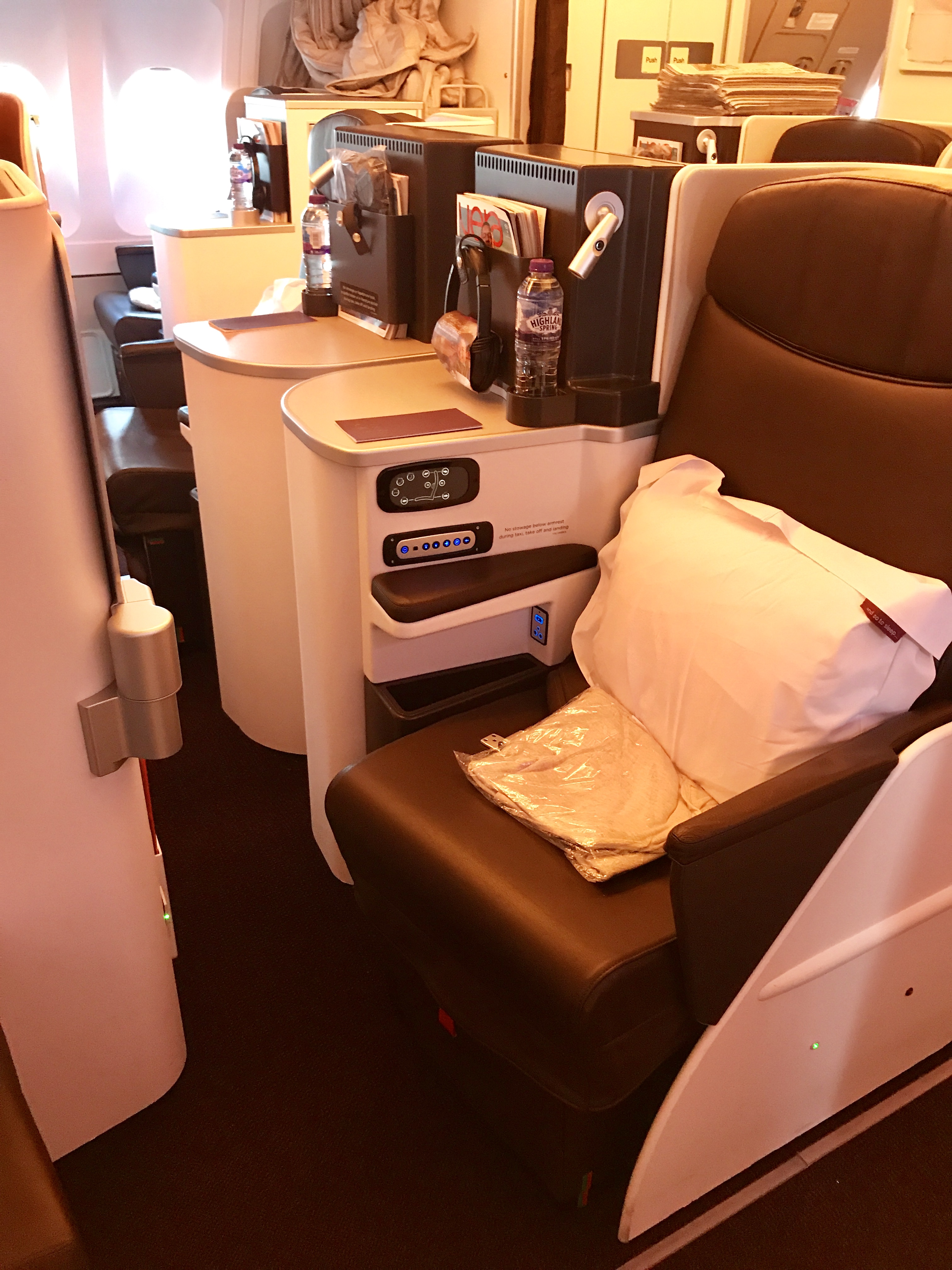 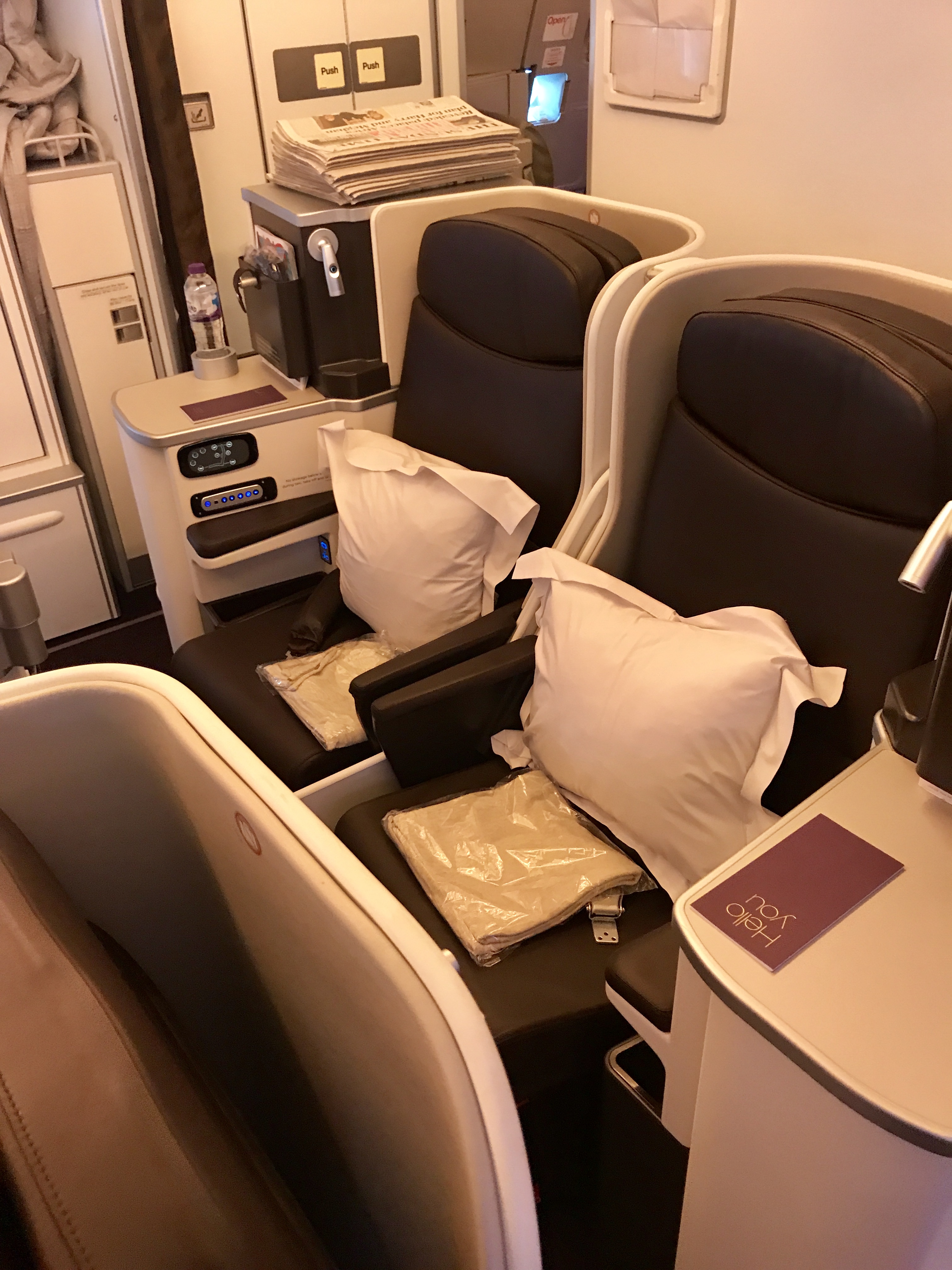 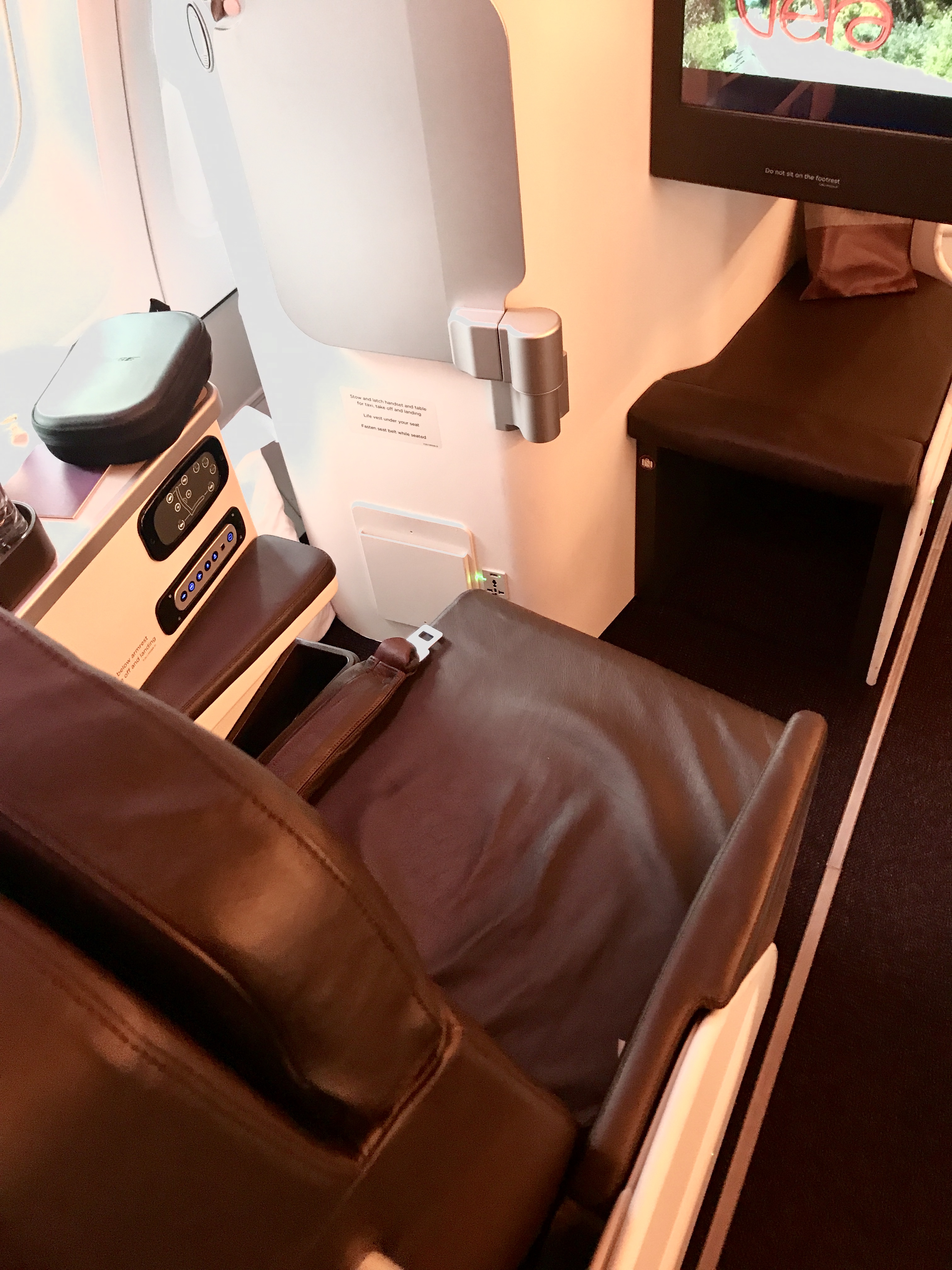 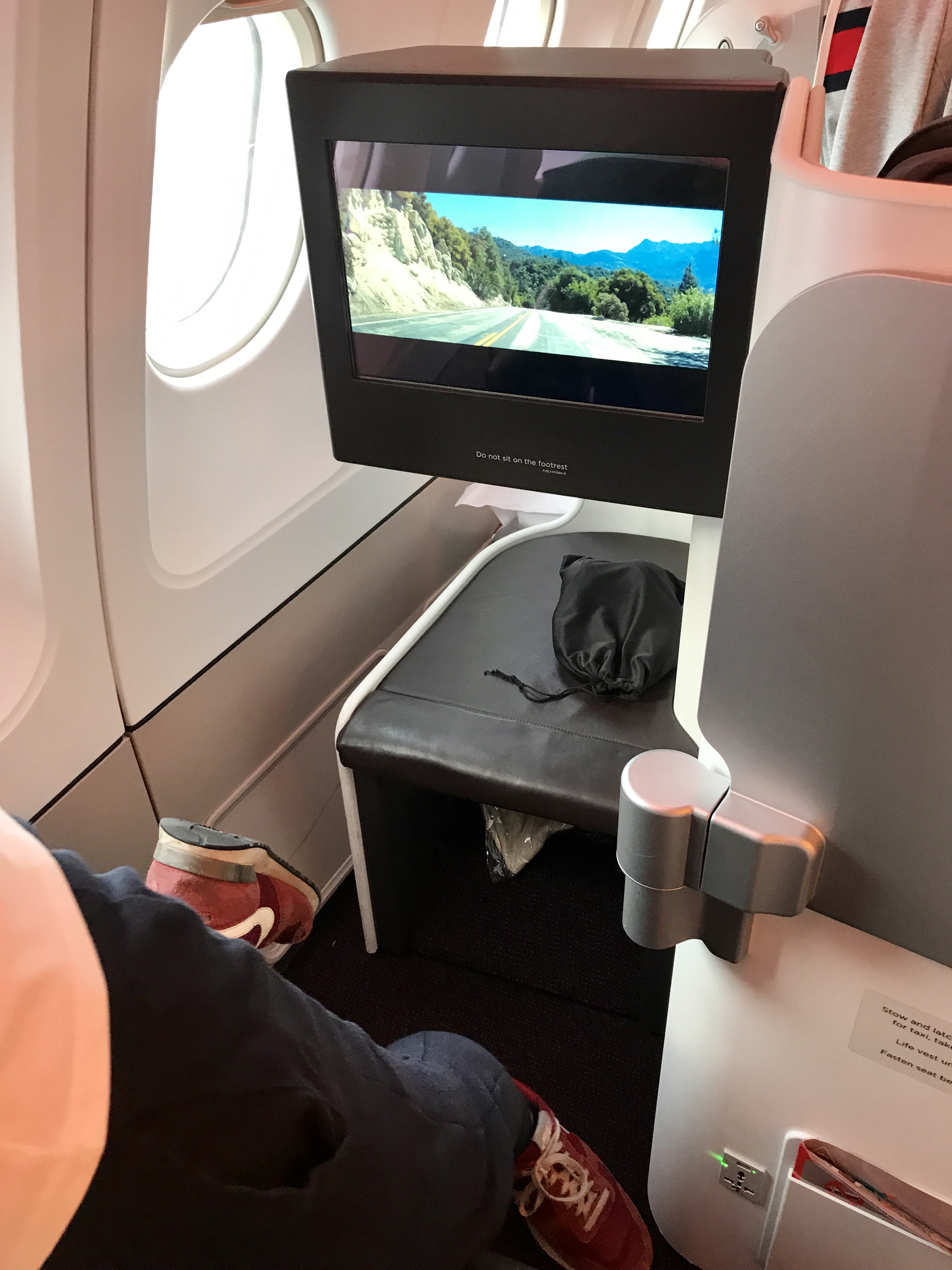 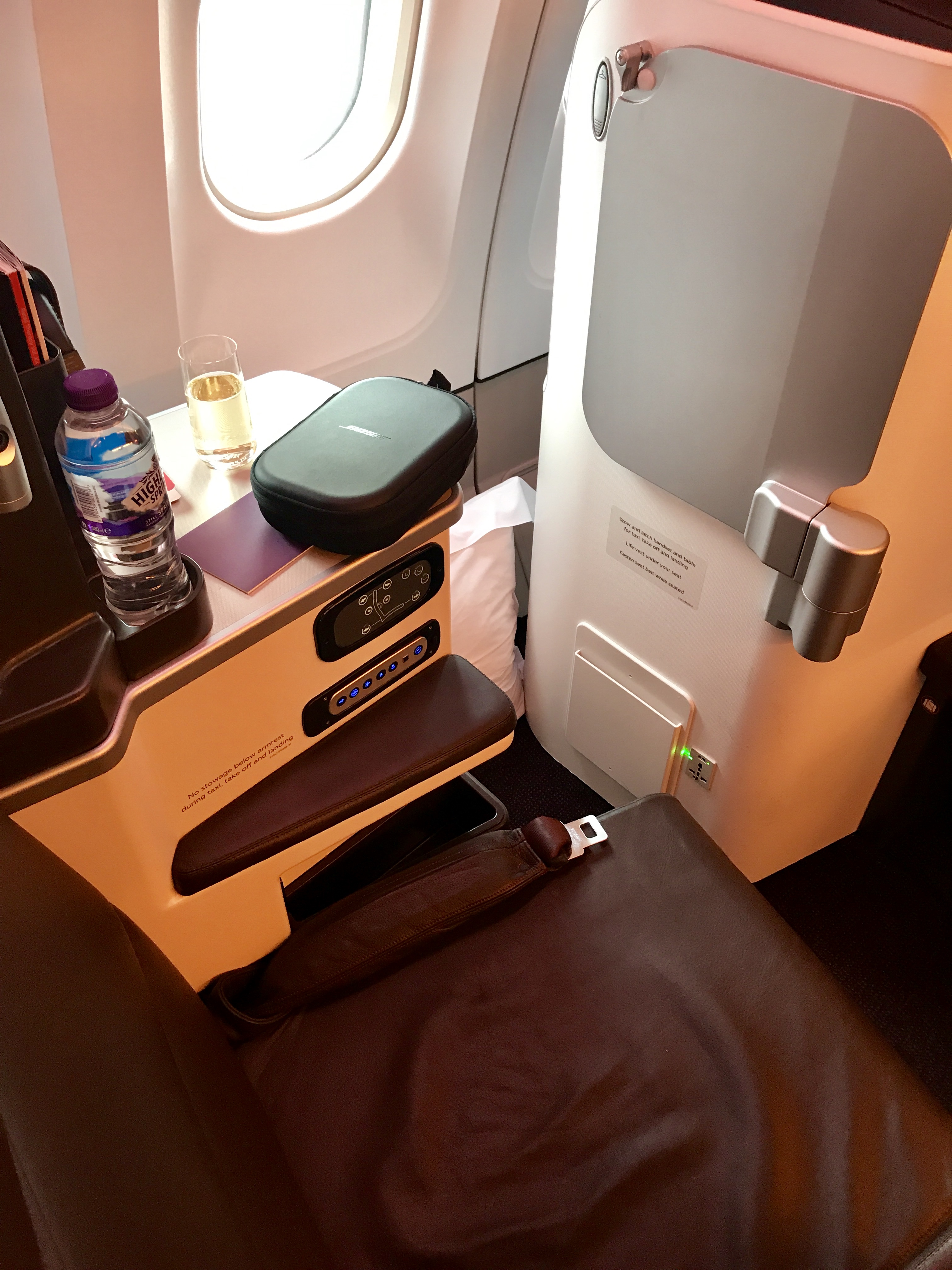 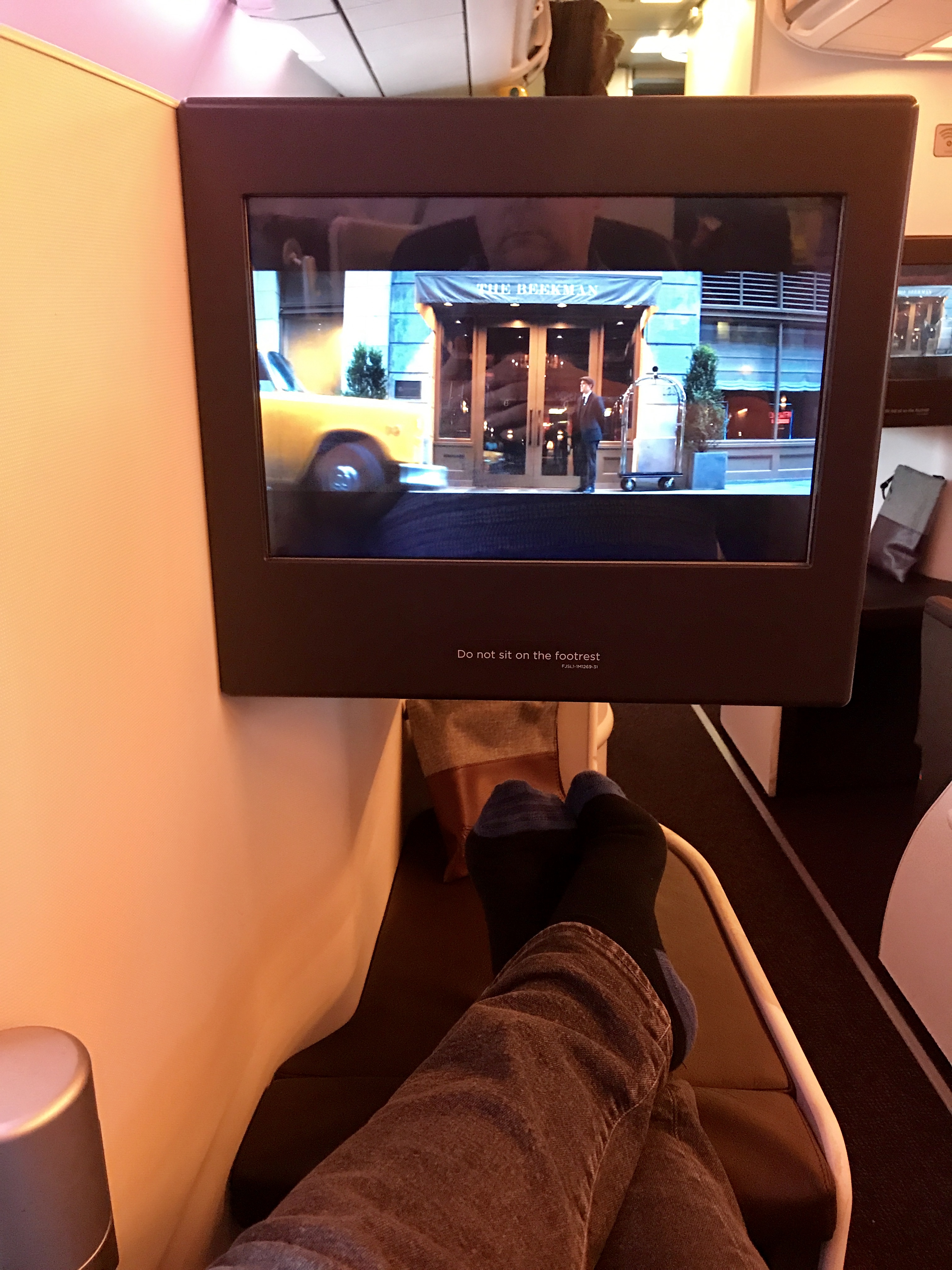 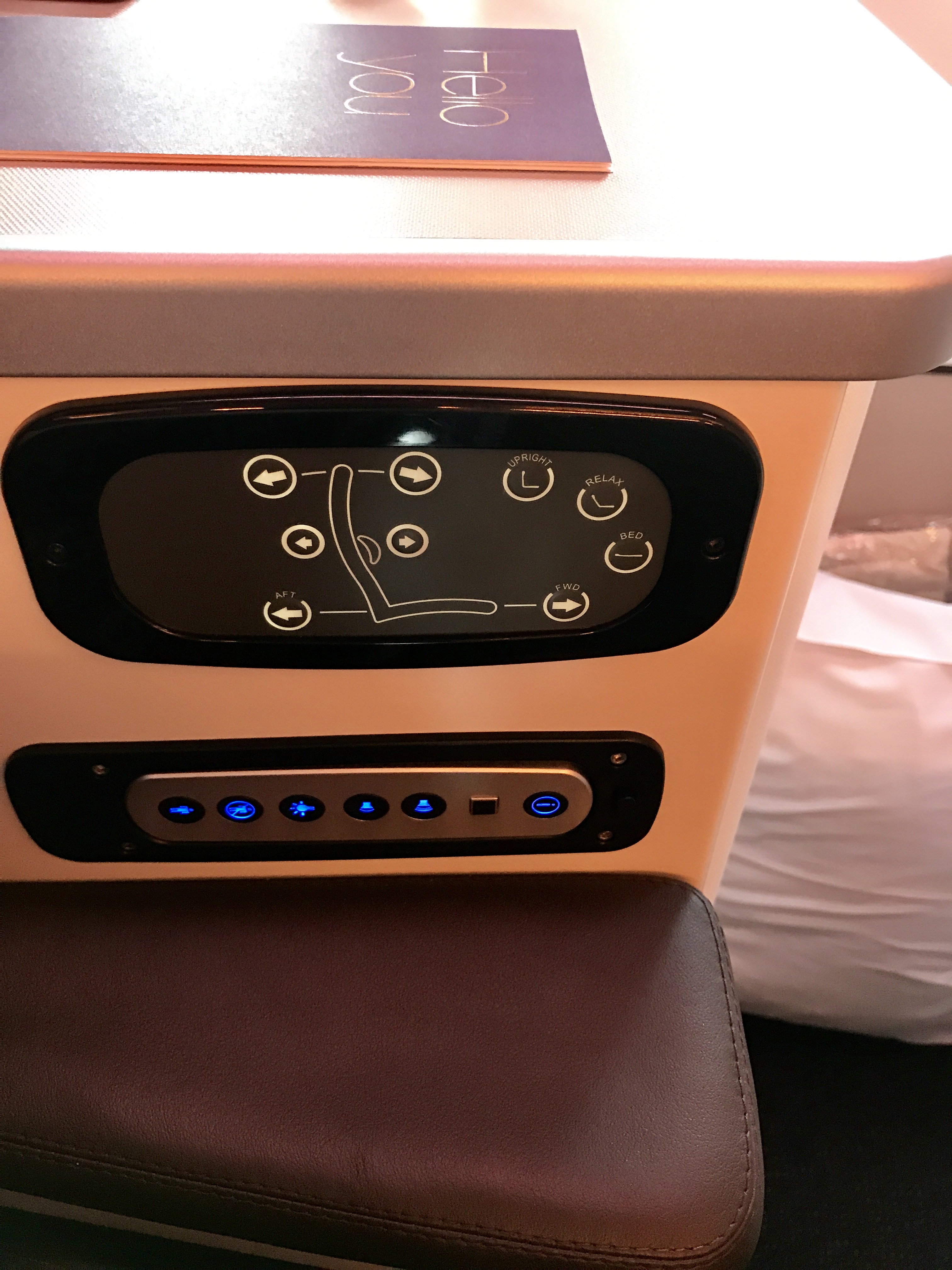 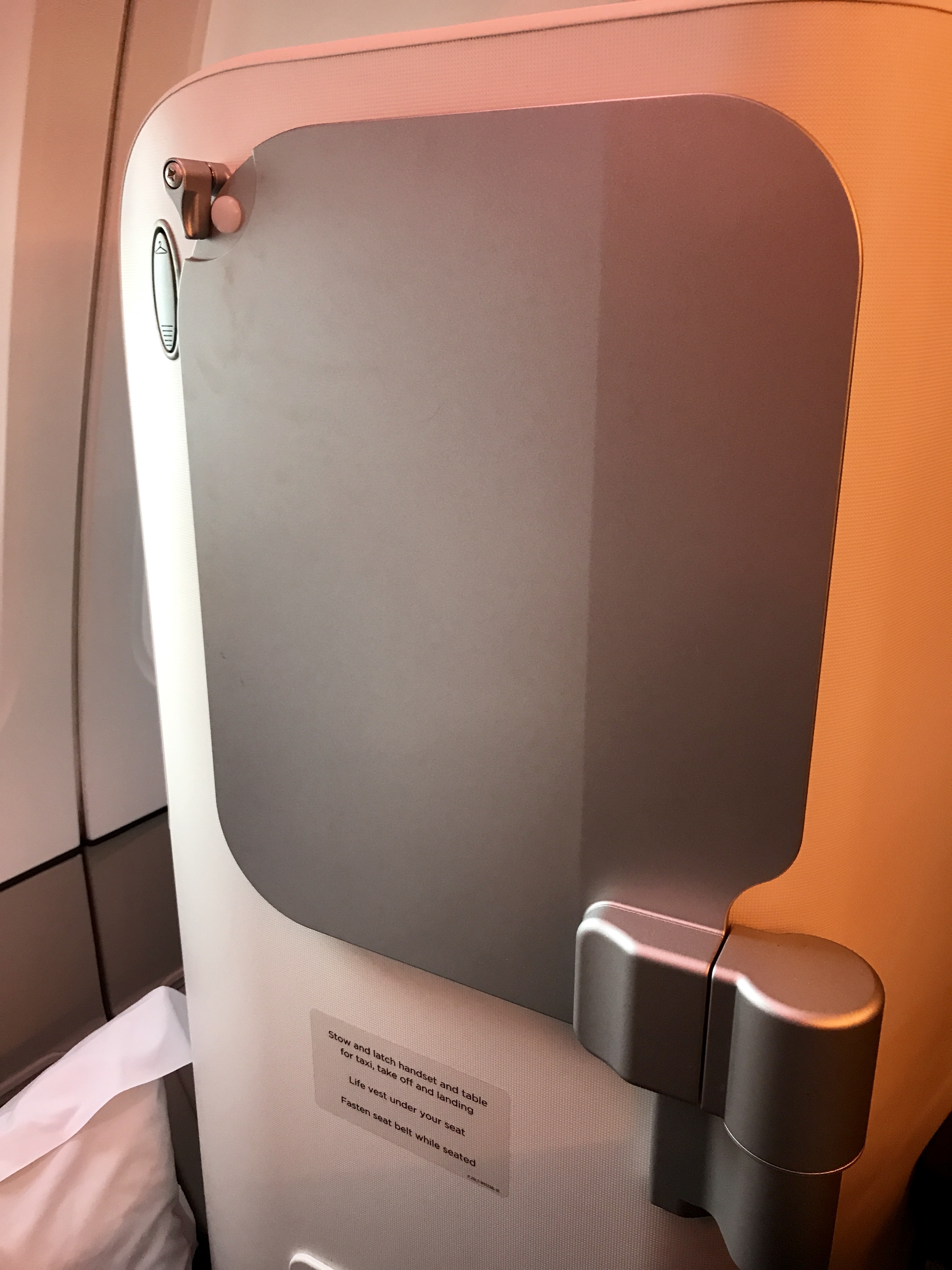 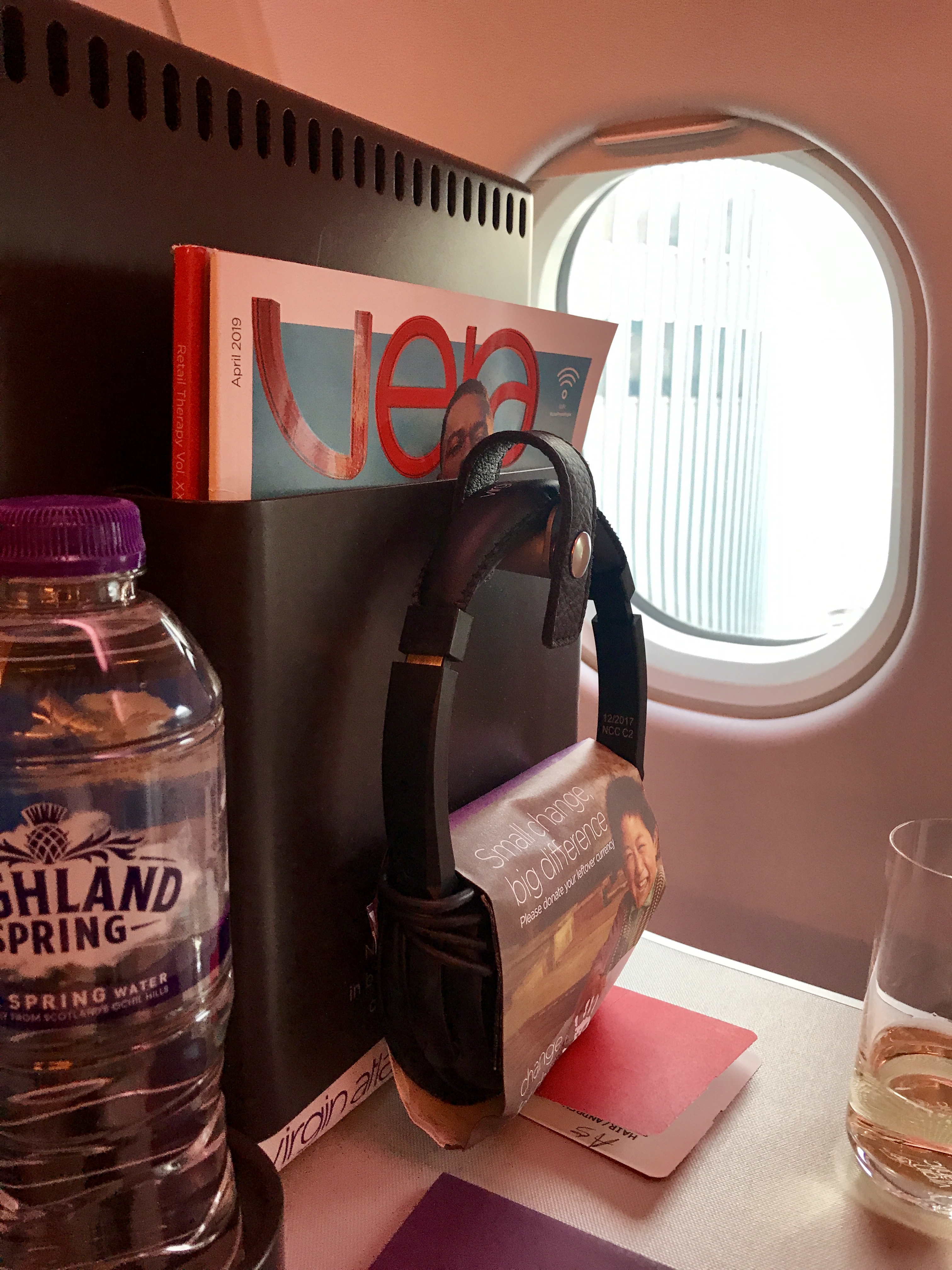 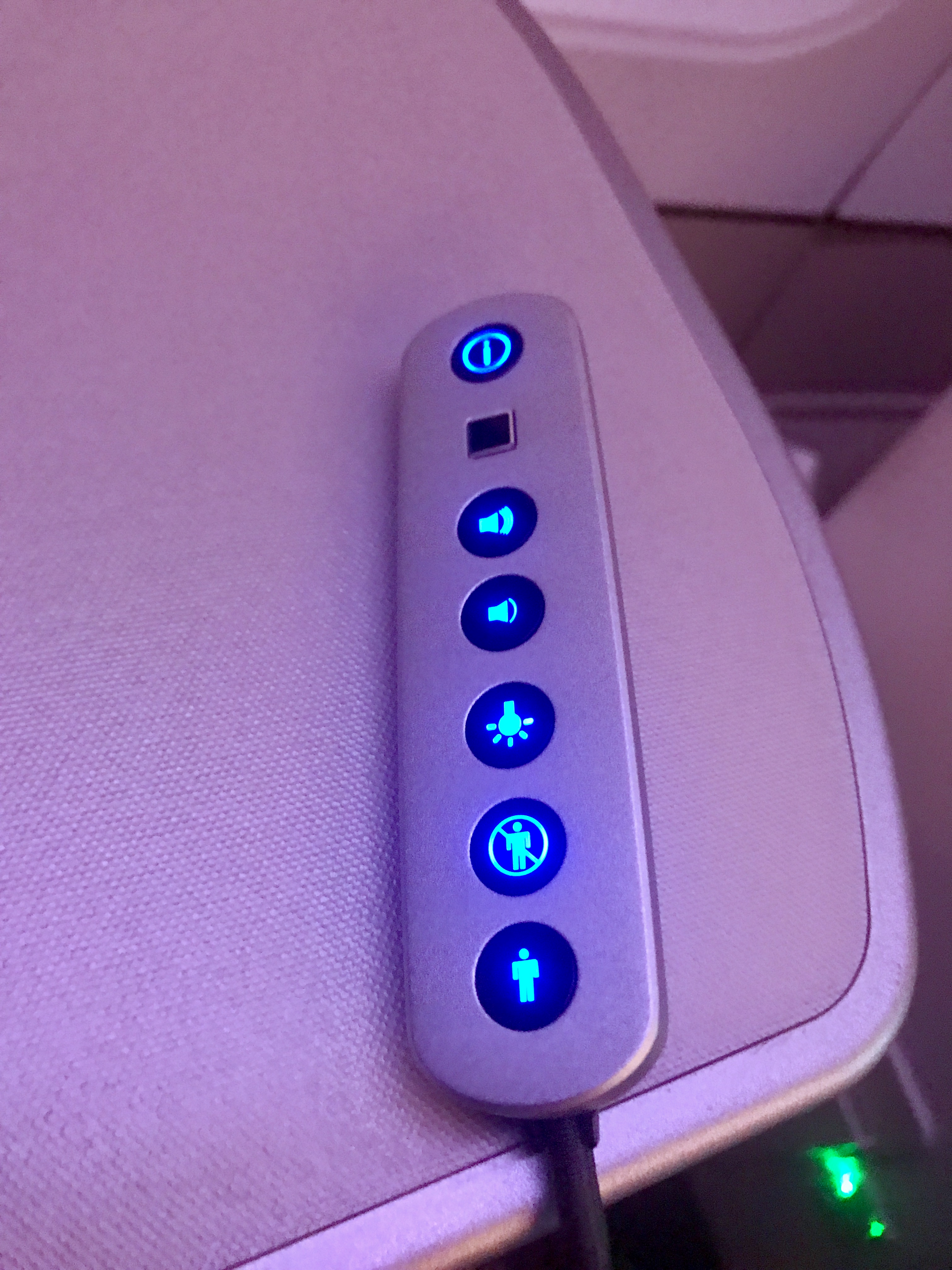 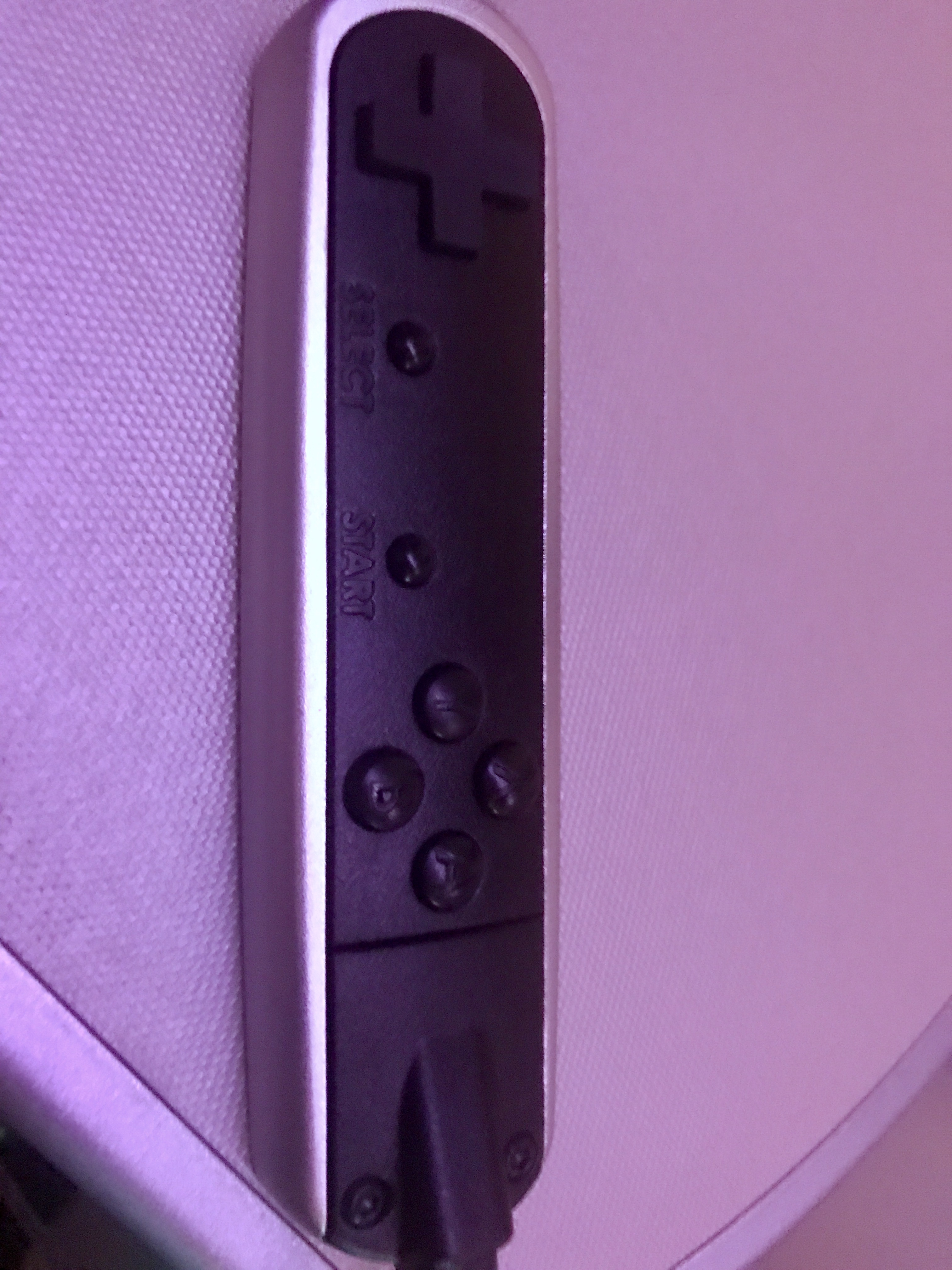 There’s pros and cons to this layout, I’ve flown it with Iberia three times and I quite like it but only in the window seats.

The window seats are much preferred or ‘love seats’ if you’re travelling with a companion and we’re now assigned accordingly!

I suppose we are where we are with this configuration as VS had very little choice (other than to hand over to DL) with airctaft problems and delays.

I will take your advice about window seats, if faced with the option when travelling with Mrs Buns

Thanks once again
buns

#950117 by PaulS
24 Apr 2019, 08:40
I flew on an ex Air Berlin 330 with Malaysia in the middle inner pair row1 and found the seat to be very narrow and uncomfortable although to be fair I am 6’6” and 19st. I agree having flown Iberia that the window seats have more space. I wouldn’t really want to do over 3 hours in any o& the seats though

#950120 by northerntrack
24 Apr 2019, 11:12
Sorry Phil, I never noticed whilst on-board and there were no infants on the flight itself, most likely in the front row there as that would seem most likely free space potentially.

#950134 by vic110
24 Apr 2019, 20:39
Thanks for the review, we are flying from LAX to Manchester in May and this will be our 1st time on this aircraft. I am quite looking forward to trying this seat plan. We currently have 2 window seats so it will be nice to have a window to look out of.

#950135 by Rainbowpantsjay
24 Apr 2019, 22:05
Thanks for the review and brilliant pictures
3 of us travelling in Novemeber to MCO and I can't wait. We have seats 3a 4c 5a
The mother in law will be in the aisle seat and the flight so far is pretty quiet so hooping it will stay this way. Do you think 4c is suitable for someone in their 70s who is 5 7 and slender or would anyone get constantly bumped?

Did you sleep on the flight and if so how comfortable was it?

#950259 by northerntrack
02 May 2019, 08:31
Apologies for the tardy reply, for your average person on a day flight I'm sure they will find the aisle seat just fine, I'm on the larger side and found it cramped and for a night flight I certainly would want to be on the inner window seats if possible. We flew back from NYC so the night flight wasn't long enough to be bothered about setting the bed, if I had though personally I'm certain the proximity to the aisle and the narrow foot area would have caused annoyance and possible bumping issues in these quite narrow spaces.

The venerable 747 seats are way superior in my onion! It should be noted that the 330-200 UC seat is actually only 20" in width too, narrowest UC seat on the fleet.

For our next flight in July on these aircraft I have moved us all away from the aisle just for added comfort and less annoyance.

#950316 by MoJoJo
06 May 2019, 15:02
I have recently flown on an A322 and have to say I found the seat far comfier than the other UC seat both as a seat and bed. You have the option to slightly raise the headrest of the seat giving you a slightly higher pillow level. The mattress seems to be thicker too and I didn’t find as a bed it was hard and a little uncomfortable as I have done with the other. The seats/bed are a little narrower. It offers far from privacy and removes the view I’ve often had of bare/nasty feet

Love the tv screen both for size and quality.