This was a trip that we were all really looking forward to. My parents, my brother and me and my husband have been to LA a few times, but this time we had a slightly different itinerary. We were driving down to Newport Beach after arriving at LAX to spend 4 nights at Lido House, before travelling up (the scenic route) to Santa Barbara for 3 nights. The holiday itself was excellent (with us enjoying the Newport Beach section more than Santa Barbara), but before that we have the flight.

We set off from Sheffield down to Heathrow on the Friday afternoon, and it was a bit of a long slog (4+ hours), but we arrived at the Sofitel and went down to the restaurant for some food and drinks before getting an early night. The next morning we had arranged for a minibus to pick us up and take us to T3. I don't know why this hadn't even crossed my mind, but my dad happened to mention to the minibus driver (who was a good laugh at 6.30am) that we were flying Upper Class, so he gave us our very first experience of the drive through check in. It's brilliant isn't it! We were greeting and helped by a very lovely lady who chatted to us and really got the whole experience off to a good start. Security was empty, and we flew through. We made our way to the Clubhouse which was relatively empty when we arrived, but soon filled up. We had a few glasses of champagne and bacon sandwiches in the lounge area, before having a little explore. Am I right in thinking that there used to be a pool table in there? We couldn't see one, and also the outdoor terrace was locked, but to be honest it just meant we had to go and sit back down to drink more champagne which isn't the worst thing that has ever happened.

Boarding was called and we headed towards our aircraft for the flight, G-VWOO (Leading Lady). Boarding was well organised and we were soon onboard and directed to our seats. For this flight we had seats 8, 9 and 10K and 7 and 8G. We felt like this was a nice cluster for us all. It was our first experience on a 787 and I absolutely loved it. I barely felt us take off and it was such a smooth flight. I also love having individual air vents, although I have to say that the temperature wasn't too bad onboard, I wasn't boiling at any point.

We were offered a pre-departure drink, and then pretty soon we were off without much of a delay. Relatively soon after departure the crew came round to take individual drink orders, and these were promptly delivered. Following that, the food service started. I noticed a couple of people refusing to eat as it was too early in the morning for 'lunch', however that hasn't ever really stopped me. We had pre-ordered, and to start there was a choice of a prawn dish, a caprese salad and I think a soup. I had the caprese and have to say it wasn't great. It was basically a rocket salad with three small balls of mozzarella and a few cherry tomatoes. The main course I had ordered was the tortellini, which in itself was quite nice although the ratatouille that it came with tasted a lot like it had raw red onion in which I'm not keen on, but it was filling. My parents had the chicken and gnocchi and said this was delicious. For dessert I had this raspberry meringue and raspberry mousse thing which was really good, and then the cabin crew insisted I have some cheese. One thing that was a bit disappointing was that the wine list was entirely different to the actual wines onboard, which was a shame as they had one of my favourites on the list, but it's not a big deal.

To kill a bit of time after the meal, a few of us went to the bar to do a crossword and drink some more cocktails/wine, which was a really nice time and we got to meet the tiny baby who was also onboard (and was the best behaved customer on the flight in my opinion

) Following that, I had my bed converted and caught a few hours sleep, and it was a really good sleep, which I have never managed before (and did again on the return flight, maybe something to do with the 787?!) I woke up and the crew were asking for orders from the extra bites menu, from which I had the burger, which was very nice.

Time had absolutely flown on the flight and I barely watched any inflight entertainment, but I did listen to some music and caught an episode of Derry Girls, everything seemed good with the system. We had a quick approach into land, and then fun LAX security, which wasn't as bad as it has been in the past. We had a bit of an accident with one member of our party when we exited the airport and went to find the bus to Sixt whereby they tripped up over their bag and smashed their face into one of those ridiculous bollards in the middle of the pavement. Fortunately there was no lasting damage (other than mentally and some very severe black eye/bruising) but it was not a nice start to the holiday, and I feel very poorly about the layout outside the terminal at LAX now (I gave one of the bollards a swift smack on my way in to the airport on the way back).

Overall, a really great flight. The food wasn't necessarily to my taste, but I love the pre-order function and everyone else enjoyed theirs. The cabin crew were really friendly and chatty, whilst still being professional, and I really love the 787.

Thanks for reading
Lx 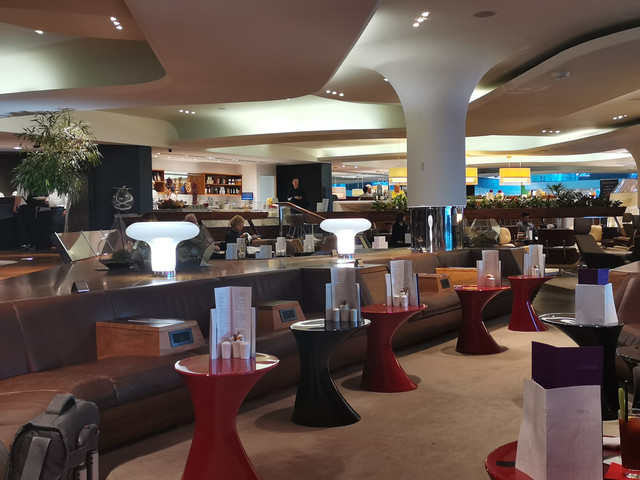 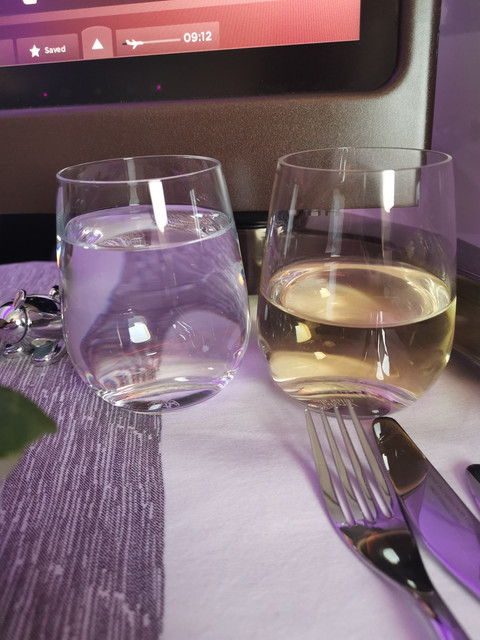 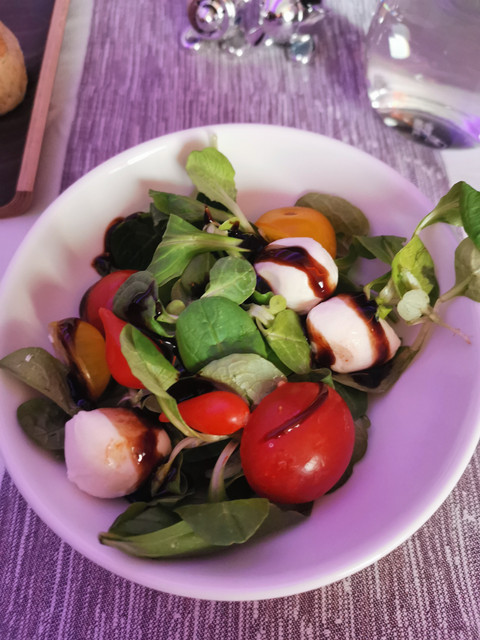 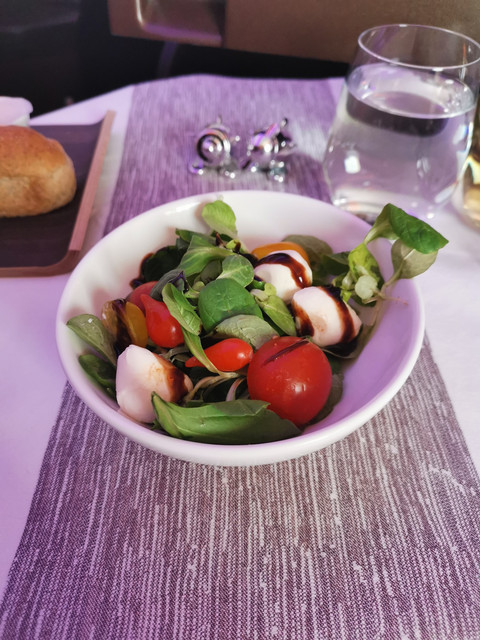 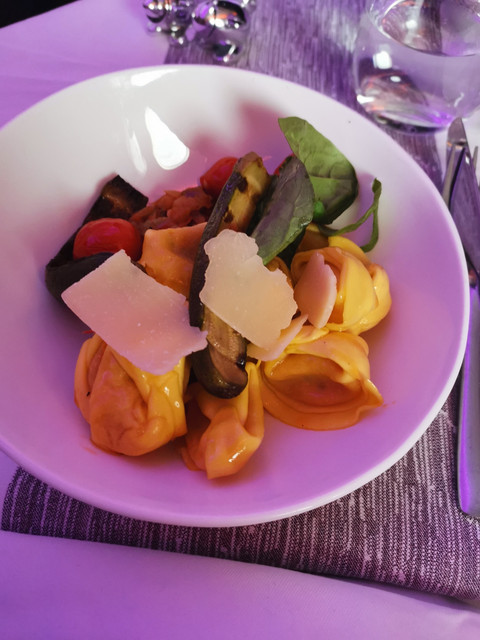 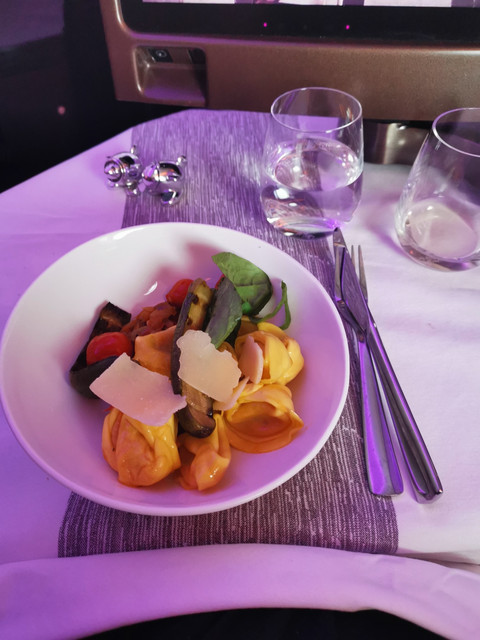 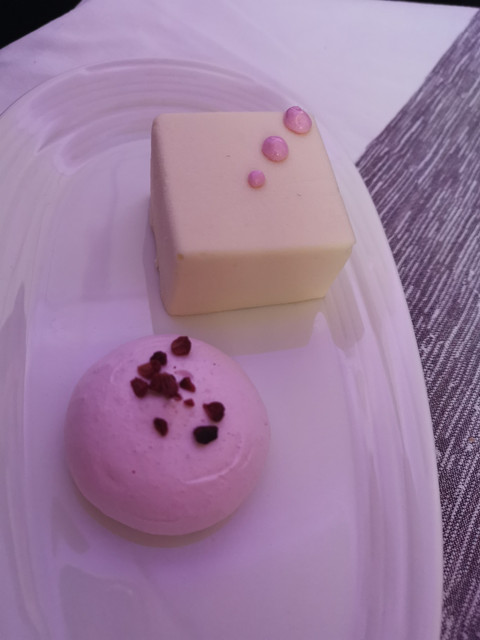 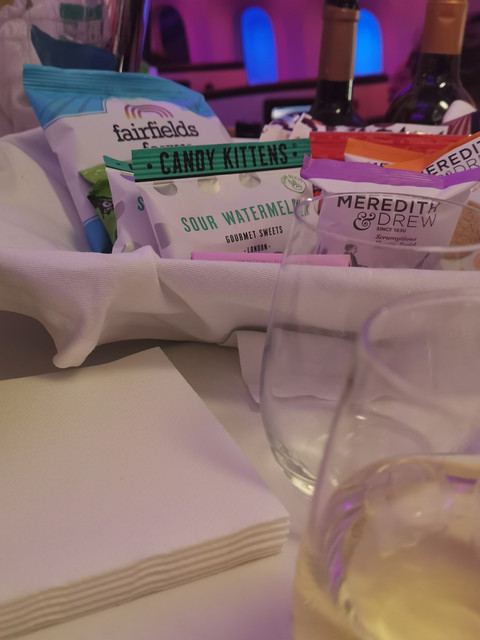 Snacks at the bar

) and the service did not disappoint.

Bet the requests of passengers to delay their dinning must have caused some problems!!

buns wrote:Thanks for such an entertaining TR - and the snaps

) and the service did not disappoint.

Bet the requests of passengers to delay their dinning must have caused some problems!!

Well I think, from being nosy, that they just told them this was their only opportunity to eat the proper meal but that they could have light bites later on in the flight if they chose to sleep there and then.